WEST SACRAMENTO (CBS13) - A dog was rescued Wednesday after falling into the water below the Sacramento Weir. 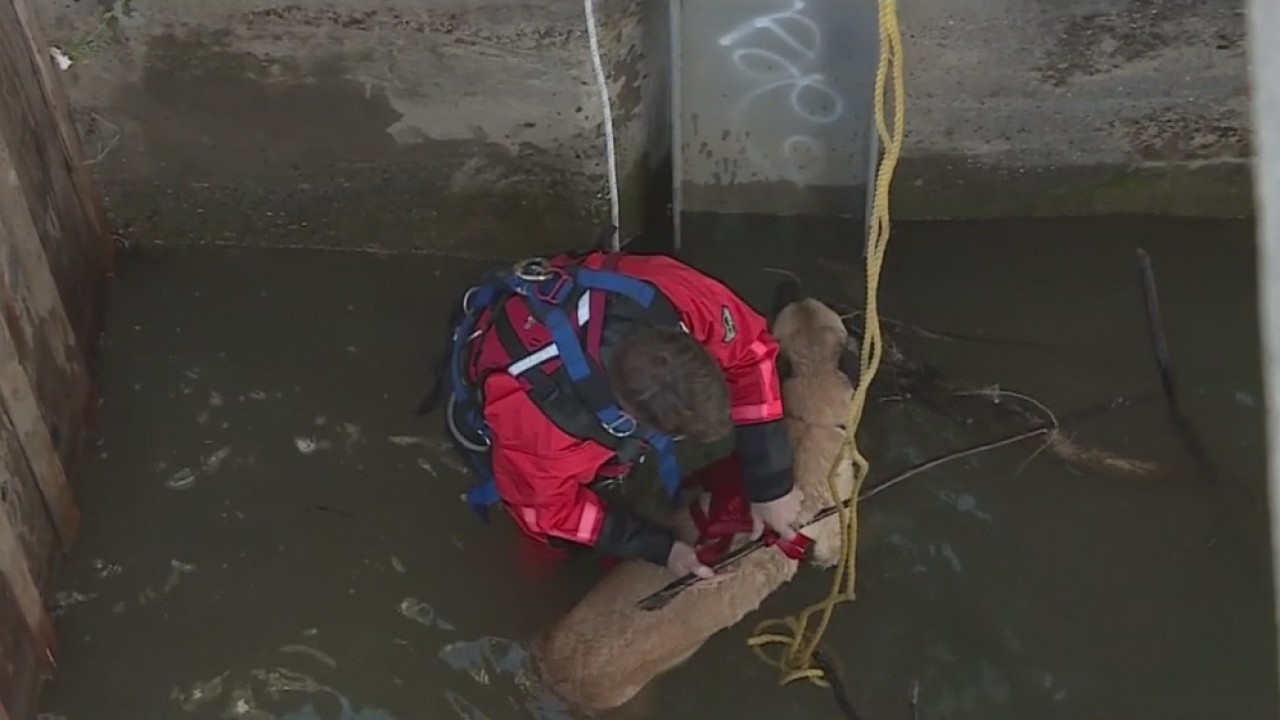 That dog and another were running on the bridge over the weir Wednesday morning when one of the dogs, a German shepherd, was likely spooked by passing cars and jumped into the weir, said a witness.

The other one looked confused and also jumped.

"I walked down here and I could hear him howling and I looked down and there he is," the witness said.

First responders arrived at the scene and were able to rescue the German shepherd. The other dog has not been found and is presumed dead.

The dog was wearing a collar and tags, and first responders said his owner lives near the weir. It is still unclear how the dog got loose.