8:30 p.m. UPDATE: More information has been released about the fatal accident in Woodland Thursday afternoon.

CHP says a fourth car, a 2017 Dodge Ram, was driving behind the three stopped cars at an unknown speed and failed to slow, stop, or turn his vehicle safely in time to avoid colliding with the car in the back, pushing the cars into each other.

The driver of the first car hit, the Ford Edge, sustained fatal injuries from the crash. The coroner's office say the man killed as 57-year-old Lakeport resident Alfred Perales Castellanos.

The driver of the second car, Carmichael resident Richard Root in the Ford Fiesta, sustained moderate injuries from the crash.

The car in front, a 2016 Cadillac driven by 58-year-old Elizabeth Karns of Lakehead, reportedly fled the scene of the crash and was later stopped by CHP and Sacramento Airport police at the airport.

Officers said Karns was arrested for DUI and fleeing the scene of a collision. CHP said Karns sustained minor injuries in the crash.

The driver of the Dodge Ram, who crashed into the three vehicles, was identified as 36-year-old Robert Snow from Olivehurst. Police said Snow was not found to be under the influence of alcohol or drugs.

At least four cars were involved in the accident which happened around 3:49 p.m. Thursday between Main Street and Co. Road 102 on I-5 in Woodland. 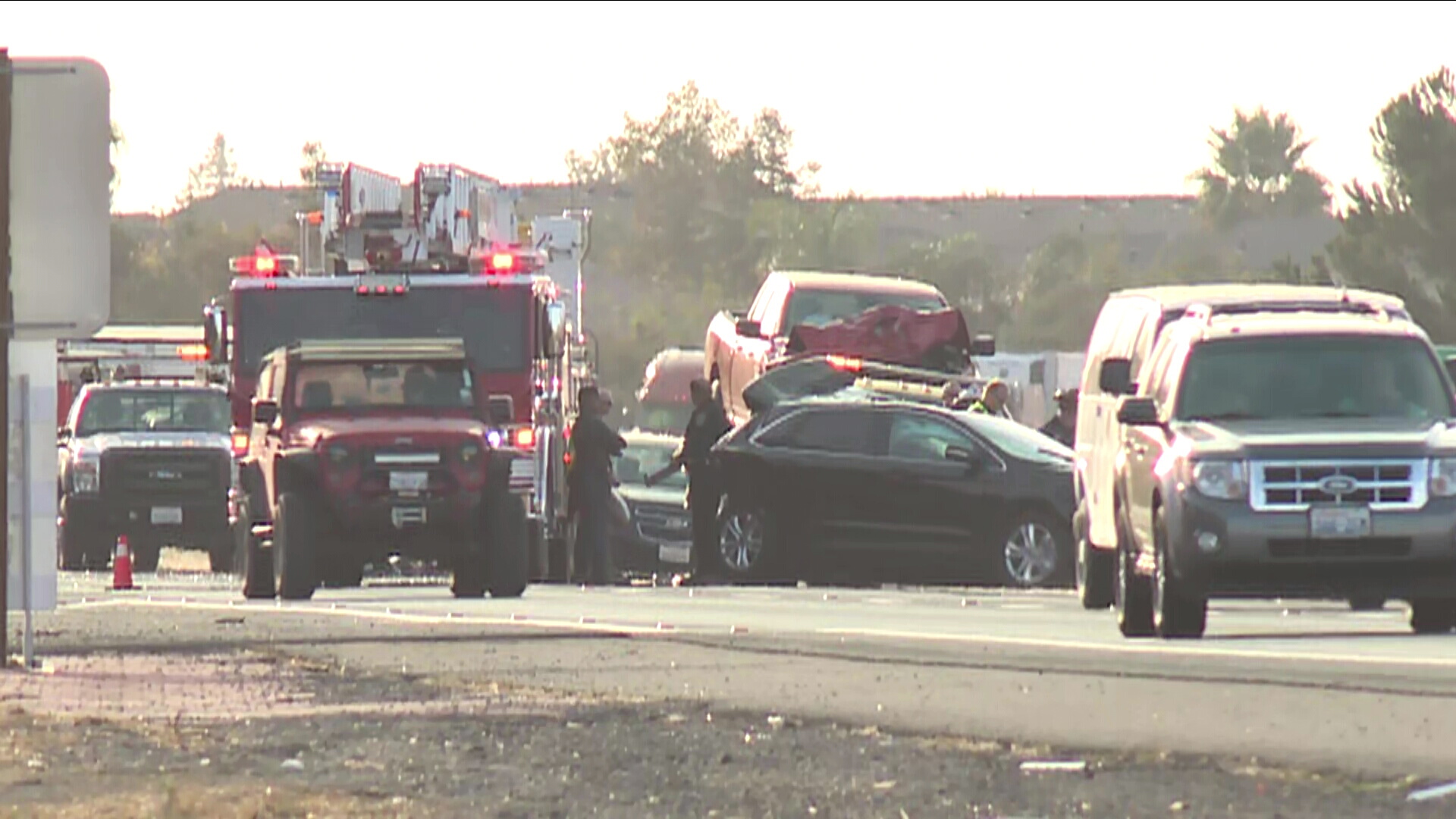 One lane remains open for traffic to pass by on southbound I-5.

The southbound ramp at Main Street is closed to traffic.