SACRAMENTO (CBS13) — The EDD says it is working overtime and just announced it processed over a million claims in two weeks. But every day CBS13 is helping people navigate new errors or problems with that claim process and we wanted to share some of the lessons we've learned along the way.

The most recent lesson has to do with an application question that asks if you are ready to accept work in your specific field.

Many are answering "no" to the question, "Are you ready and willing to accept work that matches your work skills."

They argue that they have been told their industries are not essential and they have been ordered to stay home. Some, in the cosmetology industry for instance, have even faced backlash for continuing to work.

Many said they answered the question honestly, "no," because they are not "ready to accept work" in their field. As a result, they say the EDD denied their claim stating, "You must be able and available for work each week."

Another problem that applicants are running into involves the EDD Customer Account Number. 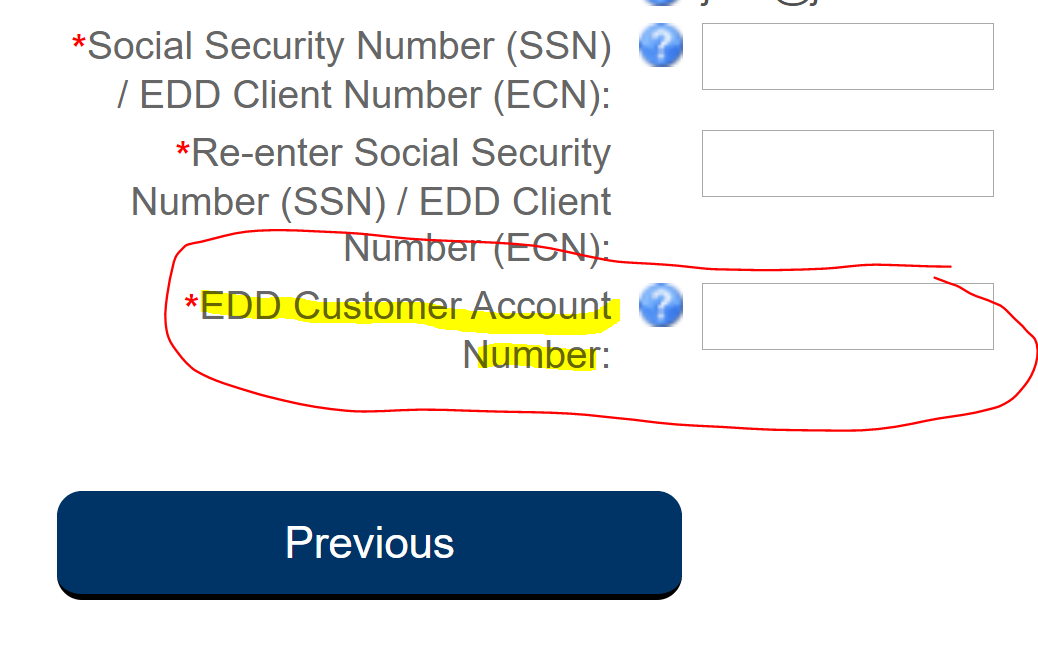 When people can't get through on the phone, they often attempt to view their account online. However, many are surprised to find that they need an EDD Customer Account Number to login.

The EDD mails those numbers in a letter sent by U.S. Mail to each recipient. The people we've heard from are generally getting those letters 7-10 days after they apply online.

ALSO READ: Coronavirus: How Much Could You Get On Unemployment?

Meanwhile, some people are getting other letters that notify them of a phone interview appointment before their claim can be approved. It lists a date and time for the phone appointment with the EDD along with the number that they plan to call you at.

Lesson 3: Even if the EDD prints the wrong number on your letter, they may still call you at the correct number anyway.

After filling out the online application for unemployment benefits from the state, Eric and his coworker both got letters in the mail notifying them of phone appointments with the EDD.

"An EDD rep will call you at the following number," Eric said, reading the letter out loud. "And there's a number listed and it's not your number!"

Eric's co-worker did eventually end up getting a call at his real number and when he told the EDD rep about the wrong numbers, he said she laughed.

"My scheduled phone call (April 3rd 3:00-5:00pm) did not happen. That same day I received another letter that had my Customer ID Number. It included my award notice which stated my weekly benefit was zero which was based on my quarterly income all showing I had zero income. This is totally wrong I worked all of that time (which was asked and answered in my original application)."

CBS 13 has received similar complaints from multiple people. Several people said they they received a call from the EDD at their appointed time, but the call was disconnected and they say they did not get a call back. Several people have also provided us copies of their benefit denials, like this one, which they claim erroneously state that they had "0 income" in the previous 4 quarters. 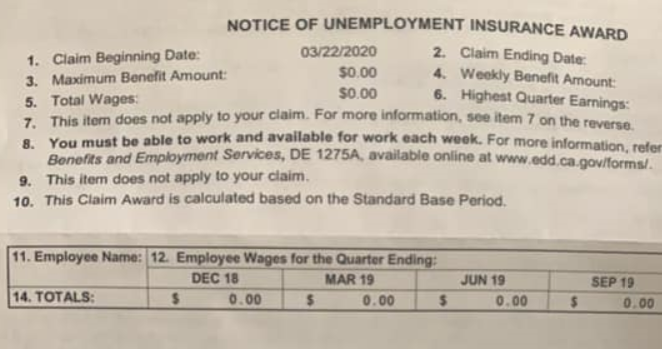 READ ALSO: Coronavirus: When Will You Get Your Unemployment Payment?

The EDD would not respond directly to any of these issues, however, they did deny any printing errors on claims.

They would not address why the phone numbers on the letters were wrong or if people should answer "yes," when asked if they're ready to accept work in a non-critical industry.

People who have been denied for answering "no" can reapply and change their answer.

UPDATE: 4/2/20: EDD sent the following response via email after our story aired:

Regarding the printing errors:
"(EDD is) prevented by confidentiality laws of discussing this individual's personal contact information.  This situation does not represent any issue beyond what is specific to this person."

However, EDD did not respond to CBS13's further request for clarification as we have received similar EDD documents indicating that this has happened to more than one person.

Regarding the answers to the "Ready to work" question:
"People should answer the question you show (above) truthfully. On our end, since we've been able to adjust some of the usual eligibility requirements due to these unique circumstances, we should still be able to process the claim through.  It's possible that this person filed their claim before the EDD received authority to adjust eligibility requirements starting around March 20 due to the unique situation facing so many workers and their employers during this pandemic."

The EDD has also add the following guidance on its website:

"If you are temporarily unemployed due to COVID-19 and expected to return to work with your employer within a few weeks, you are not required to actively seek work each week. However, you must remain able and available and ready to work during your unemployment for each week of benefits you claim and meet all other eligibility criteria. If you're eligible, benefits can range from $40-$450 per week.