SACRAMENTO (CBS13) — For the first time since building the new arena, city leaders are looking to seize private property by invoking their right through eminent domain.

For many, Sacramento's riverfront bike trail is a recreational gem.

"It's a national treasure we get to enjoy," said an avid bike rider. 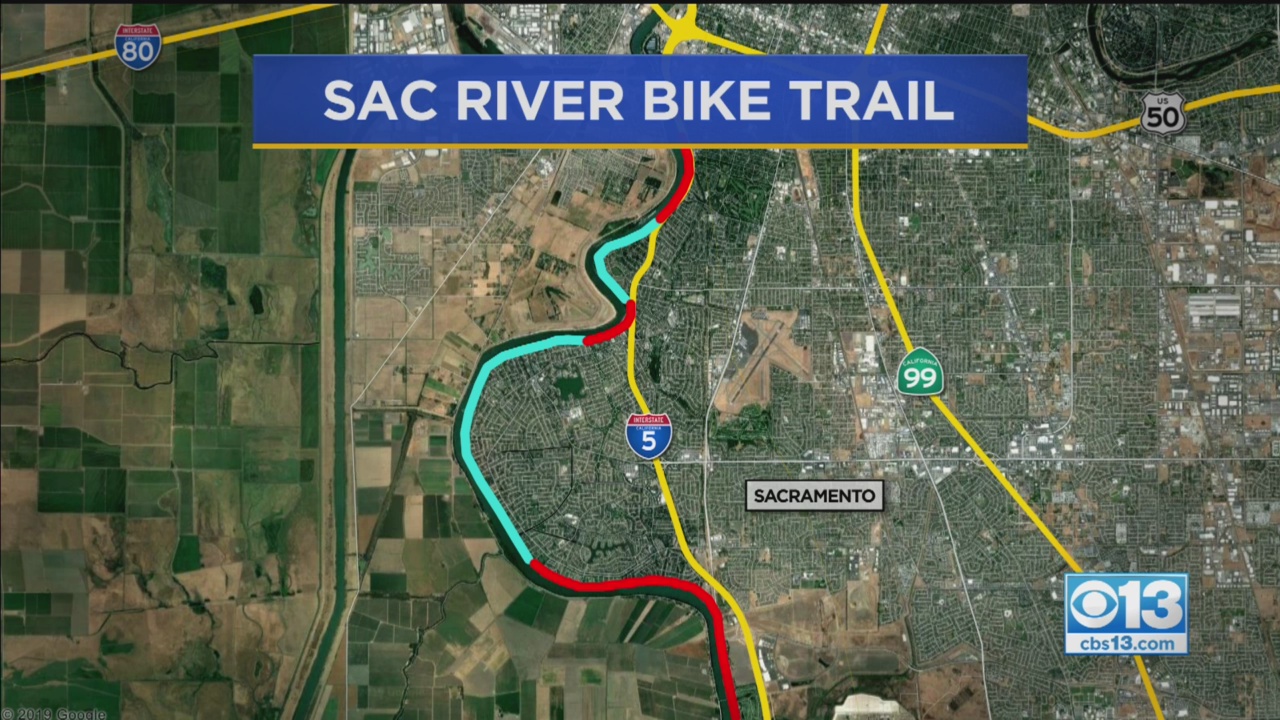 But the paved path ends abruptly in the Pocket neighborhood, forcing cyclists off the levee and onto city streets.

The problem is homeowners say the levee is on top of their private property and built fencing to block access to the public.

"To convince those people to give up their fences and gates has been really difficult," said advocate Jim Houpt with Friends of the Sacramento River Parkway.

He said the state should've never allowed the barriers to be built. Now the city has the power to use eminent domain to take it back.

"It's taken us 45 years to get to the point that the city is willing to take action and acquire easements by eminent domain if that's what it takes to finish the parkway," Houpt said.

This would eventually give bike trail users a trail from Discovery Park to Freeport. But it would come at the cost of a half dozen homeowners to give up their land.

"This has been going on for two and a half years, it's caused a lot of stress," said Don Murphy, who has owned property along the river for more than 20 years.

He fears the homeless problems plaguing the American River Parkway will move in.

"I see that issue being transferred to the Pocket-Greenhaven area if this eminent domain issue goes through," Murphy said.

On Tuesday, the city council voted unanimously to take what could become the crown jewel of Sacramento's riverfront.

"I just want access to something I deserve to have," DuPage said.

The city will still need to pay the homeowners for taking their land, ultimately it could be up to a judge to decide how much that will cost.