With the season winding down, teams out of the race have started to turn to their youngsters in order to give fans a glimpse of the future. The one team that has made the most noise over the past few weeks has been the Cubs. Not every player has lived up to the hype, but it’s clear that Chicago will have some intriguing sleepers next season. While he wasn’t the most heralded of the bunch, Jorge Soler may have the best chance to make an impact in Fantasy leagues down the stretch.

The Cubs may have called up their other majors prospects first, but Soler has made the biggest impact in the majors thus far. While his numbers are likely to decline, we’ve seen rookies dominate over a short period before the league adjusts. That could be the case with Soler right now. He’ll have to make adjustments eventually, but, for now, his performance has certainly been encouraging.

Players I would start him over: Marcell Ozuna, Curtis Granderson, Adam Eaton

After two straight losses, Kennedy appears ready to get back on track Week 25. Both his starts come in his spacious home park, and he will take on the offensively challenged Phillies. Philadelphia’s offense hasn’t lived up to expectations this year, ranking 27th in wRC+, an advanced stat that measures offense. The Giants have fared much better in the stat, but the hope is that Kennedy at home is a good thing, and that his start against the Phillies will have already netted some nice points.

Players I would start him over: Ervin Santana, Alfredo Simon, R.A. Dickey (one start) 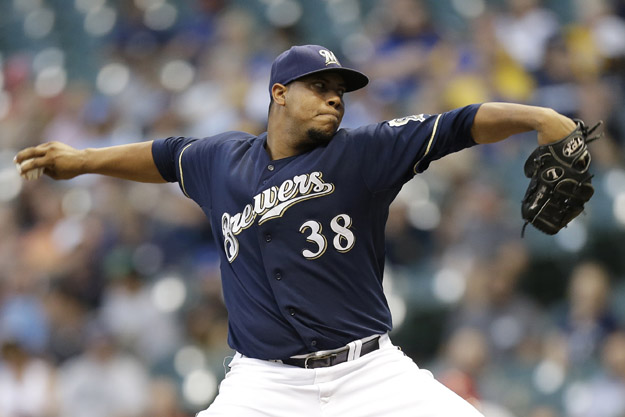 Peralta was briefly part of the Brewers crumbling rotation. He’s picked things up in his last two outings, turning in quality starts both times. Peralta has been remarkably consistent during his breakout season. He’s been better on the road, but not by an extreme margin. He’s also been basically the same pitcher of the first and second half. The Cardinals do present a bit of a questionable matchup, but pitching in Pittsburgh should bode well for Peralta’s numbers. The Pirates have one of the best pitcher’s parks, and Peralta should benefit Week 25.

Players I would start him over: Jake Odorizzi, Dan Haren, Wei-Yin Chen (one start)

Crawford is in somewhat of a platoon situation, which is usually a reason to avoid him as a Fantasy option. He’s made the most of his playing time, and is absolutely mashing the ball since August. Over the last 35 games, Crawford has hit .366/.403/.500. It’s a small sample size, admittedly, but Crawford has been Fantasy relevant before. It also helps that he’s hitting in two of the better offensive parks in the majors. He might not play everyday, but that hasn’t stopped him from putting up numbers.

Players I would start him over: Josh Reddick, Adam Dunn, Nick Castellanos

Trusting small samples can be dangerous, which is why Rutledge should be considered a flyer in Fantasy leagues. He’s hitting the ball extremely well lately, but that’s not likely to continue given his peripherals. Still, Rutledge plays in a good offensive park and has shortstop eligibility. That’s make his hot streak worth riding out for some desperate Fantasy owners. Rutledge might not be a great real-life player, but you might get lucky with a hot streak Week 25.

Players I would start him over: Derek Jeter, Andrelton Simmons, Jed Lowrie 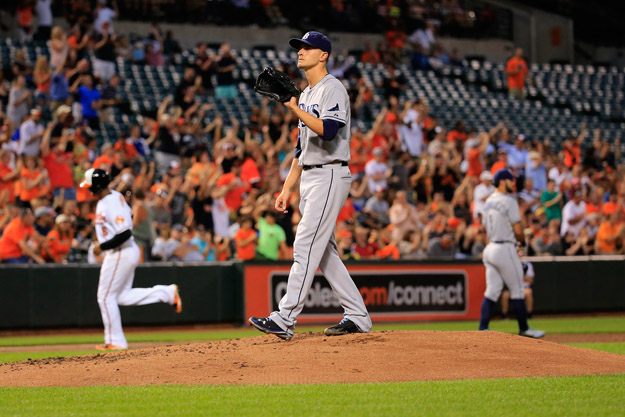 It’s tough to complain about what Odorizzi has given Fantasy owners this season. Given his low draft cost, Odorizzi has emerged as one of the better late-round flyers. He’s been more or less the same pitcher over the first and second half with one exception. Odorizzi is giving up home runs at a much higher rate over the second half of the year. After giving up just nine in his first 101 innings, Odorizzi has already given up 10 dingers in 58 second half innings. While pitching at home is nice, taking on Jose Abreu is not.

Players I would start instead: Wily Peralta, Ryan Vogelsong, Francisco Liriano (one start)

Looking at how a player fares against one team over the course of the season can be dangerous, but it’s tough to discount how hard the Nationals have hit Santana in 2014. In his three starts against Washington, Santana has a 6.35 ERA. He’s given up 12 earned runs in 17 innings. He’s been much better against the Mets, so that should balance out his numbers. Still, for any owner expecting a big week, Santana’s first start may end up being rough.

Players I would start instead: Ian Kennedy, Jared Cosart, Tim Hudson (one start) 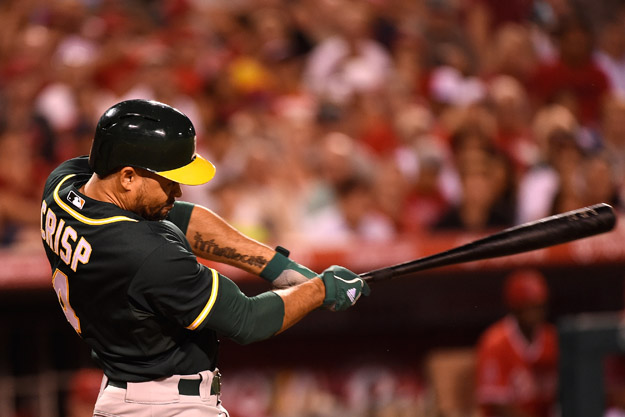 Crisp managed to return from a neck injury recently, and looks to be himself in a brief sampling of games. Is that enough to be Fantasy relevant these days? There’s no doubt Crisp’s power outage has pushed down his start percentage, but he’s still been able to steal bases at a decent clip. The fact that he doesn’t hit for a high average hurts even more in leagues that don’t use on-base percentage.

Loney’s not a bad player, but he leaves a lot to be desired as a Fantasy first baseman. While hitting for a decent average is nice, Loney’s complete lack of pop at the position really hurts. Though the Rays have mostly used him in the fifth spot in the order, he’s not really the type of player who is going to drive in a bunch of runs. Fantasy owners should be able to get more out of first base.

In many ways, Howard is the anti-Loney. You get plenty of pop, but at what cost? Strikeouts have really sunk Howard the past couple years, and they are the main reason he’s hitting .223 this season. Howard probably has enough pop to hit the ball out of some of the bigger ballparks in the league, but it’s still somewhat concerning that he’ll play at Petco and in Oakland Week 25.