When do you start to give up on former studs? There’s nothing more frustrating in Fantasy sports than plugging a slumping star in your lineup, hoping they can return to glory. This season has definitely tested Fantasy owners. Ryan Braun has struggled with injuries, Chris Davis is hitting under the Mendoza line and Matt Kemp can’t seem to recapture his former greatness. For some of those players, it might be time for Fantasy owners to look in another direction.

There’s a lot to like about Ryu in his sophomore season in the States. His strikeout rate is up, and his walk rate is down. While his 3.44 ERA is higher than last season’s 3.00 mark, that could change in the second half. Ryu’s .319 BABIP is a bit higher than last year’s .296 mark, indicating there could be some improvement in his future. Kicking things off against two poor offensive opponents should help.

Players I would start him over: Justin Verlander, Matt Cain, Kyle Lohse (one start)

It’s been a strange year for Porcello. For a couple of seasons now, the advanced stats have pegged him as a candidate to improve. While he’s done so this season, it’s been at the expense of his strikeout gains from 2013. He’s probably not going to be this good moving forward, though he still could wind up with a sub-4.00 ERA when all is said and done. While the Angels matchup is somewhat concerning, it should be noted that they are about league average offensively when at home.

Players I would start him over: Drew Hutchison, Jake Odorizzi, Zack Wheeler (one start) 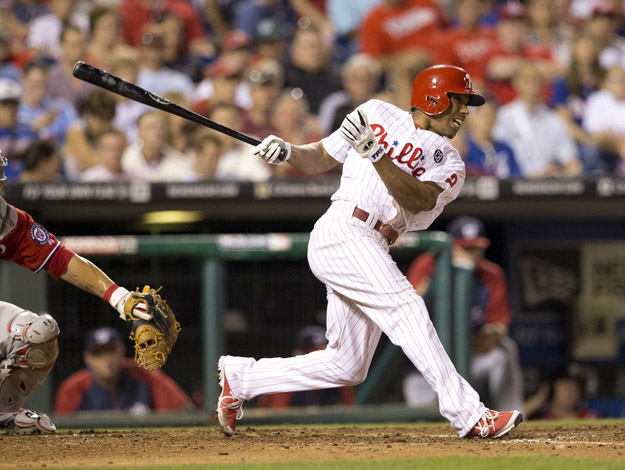 As long as you’re not in an OBP league, Revere can be a solid speed outfielder. He’s stolen 26 bases while being caught just three times this season. On top of that, he’s hit for a solid .295 average. Revere had been dealing with an ankle issue prior to the break, so here’s hoping a few days off did him well. He’ll only contribute in a few categories, but he can make it work if you’re looking for a specialist.

Players I would start him over: Denard Span, Marcell, Ozuna, Adam Eaton

LaRoche’s late-career resurgence may have taken a detour last season, but he appears to have returned to form in 2014. He’s been incredibly patient this season, and has also managed to cut his strikeout rate to under 20 percent for just the second time in his career. His power has been strong too, and he plays in two of the easiest parks to hit for power Week 17. Seems like a recipe for success.

Players I would start him over: Adrian Gonzalez, Eric Hosmer, Mark Teixeira

Wong’s been fantastic since he was recalled from the minors. Unfortunately, that’s just an eight-game sample. Betting on Wong at this point depends on two things. You have to believe in his former promise, and trust that his performance over the first few months were fluky. The Cardinals have a strong track record of turning questionable prospects into good hitters (see Adams, Matt and Craig, Allen). Wong could be next in that group. It may have taken a few months, but try to remember Wong’s preseason promise.

Players I would start him over: Dee Gordon, Aaron Hill, Omar Infante 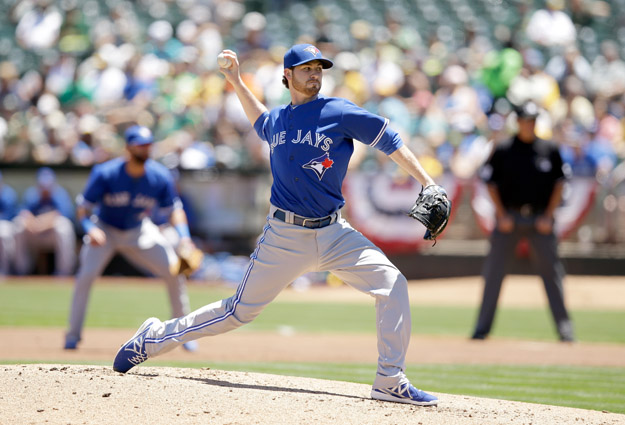 Hutchison’s not a bad player, and there’s a good chance some improvement is in his future. That may have to wait a week, though. While the American League East hasn’t been a powerhouse division this season, it’s still daunting to start pitchers in the small ballparks in the division. Hutchison is always in a tough spot at home, but his second start comes in the tiny Yankees Stadium. He’s a stay-away this week.

Players I would start instead: Rick Porcello, Jonathon Niese, Trevor Bauer (one start)

For years, it was thought Cain’s low home run rate would eventually catch up to him. The past two years, that’s been the case. It’s gotten pretty extreme this season, to the point where he’s probably due for some improvement. With that said, he’s still a risky start, especially against a strong Dodger offense.

Players I would start instead: Hyun-Jin Ryu, Wade Miley (one start), Nathan Eovaldi (one start) 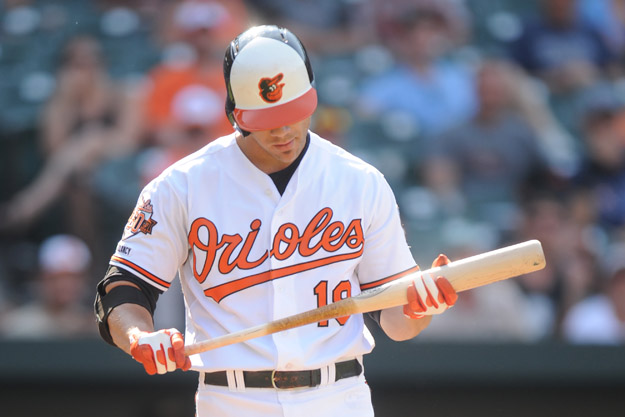 Davis is definitely a candidate to improve, but the question is whether he’ll return any value on his lofty draft status. His average fly ball rate remains strong, meaning the power should still be there. The problem is that he’s whiffing in 32 percent of his plate appearances and is making contact at a lower rate than normal. Sitting Davis is always going to be risky, as he’s the type of player who can hit six home runs in a week, but he’s player in two strong pitcher’s parks Week 17. It’s risky, but you might be able to capitalize on another hot player while Davis figures things out.

It’s tough to tell whether the honeymoon is over for Chisenhall. He’s still showing solid skills at the plate, but his luck seems to have taken a turn. After riding a ridiculous hot streak the past couple weeks, things have come crashing down on Chisenhall in July. He doesn’t have a solid history of strong production, meaning you shouldn’t have to stick with him when he struggles. He plays in two large ballparks this week, which might be reason enough to sit him.

Things have been mixed for Kemp thus far. While he’s certainly taken a step forward after last season’s injury-riddled campaign, he hasn’t been an elite producer. Though he showed some of that potential in June, his skills have taken a turn in July. Kemp has a ton of potential, making him a risky sit each week. Given the fact that he’s playing in two extreme pitcher’s parks Week 17, Fantasy owners should be able to justify the move this time around.