Evaluating pitchers at this point in the year can be tough. In reality, Fantasy owners are basing their decisions on just a handful of starts. One disaster performance can greatly skew a player’s numbers to the point where they look like a risky option.

After a rough April, Homer Bailey appears to have cleaned up his act. Though his overall performance still isn’t where Fantasy owners expected it to be, Bailey’s well on his way to returning to form, making him a must-start Week 10.

Despite worse peripherals in May, Bailey’s numbers have improved after an awful April. His 4.26 May ERA isn’t great, but his 3.68 FIP indicates he’s in for even more improvement. The biggest reason for optimism is that Bailey’s ridiculous 29.2 percent home run rate has dropped back to normal levels in May. That was the primary reason behind his struggles through his first five starts, so it’s an encouraging turnaround. Playing two struggling offensive clubs works in his favor Week 10.

Players I would start him over: Shelby Miller, Corey Kluber (one start), Lance Lynn (one start)

Despite a worse ERA, there’s some evidence Wheeler is pitching better during his sophomore year. His strikeout rate has taken a step forward, and his walk rate, while still high, has dropped. The two things leading to Wheeler’s poor ERA —his strand rate and BABIP —are likely products of bad luck. He’s still not a finished product yet, and there’s likely to still be some growing pains. But the overall package is still strong, and Wheeler should be able to turn in a good week against some poor opponents.

Players I would start him over: R.A. Dickey, John Lackey, Yovani Gallardo 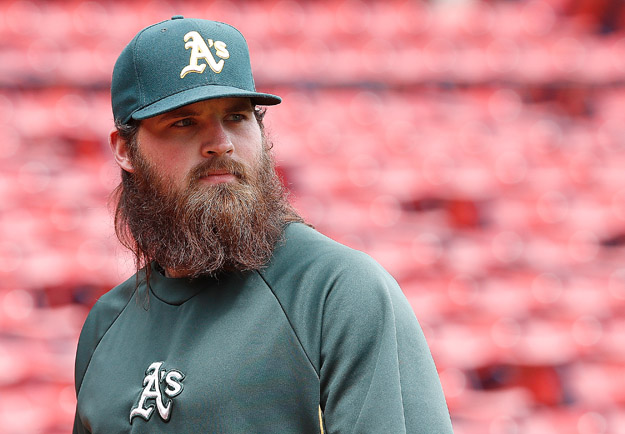 It’s a small sample, but Norris has shown some huge growth in 2014. His strikeout rate, which has typically prevented him from having Fantasy value, has dropped to a surprisingly low 14.1 percent. Norris’s career average in the category is 23 percent, so the drop is significant. While it’s unclear whether that will continue, Norris is showing the lowest swinging strike rate of his career, meaning he’s making contact when he does swing. On top of that, he’s getting playing time against both sides recently. Two strong hitter’s parks are in his future Week 10.

Players I would start him over: Carlos Ruiz, Evan Gattis, Devin Mesoraco

Chisenhall stands to gain the most from Carlos Santana’s injury issues and poor play. He’s performed well thus far, though his .424 BABIP should come back to normal levels in the coming weeks. Still, there’s a possibility he remains a useful option. Chisenhall was dreadful last year, but received inconsistent playing time and was a victim of a .243 BABIP. There was some evidence last year that he deserved another chance, and he should get that opportunity if Santana continues to miss games with a concussion.

Players I would start him over: Trevor Plouffe, Brett Lawrie, Yangervis Solarte

After somewhat of a down year in 2013, Markakis has returned to form in 2014. He’s no longer a 20+ home run guy, but he’s well suited as an unconventional leadoff man at this point in his career. Markakis will hit for a decent average, and walks at a nice clip. The Orioles have emerged as a strong offensive club, and Markakis should at least see his run totals take a step forward. His value is limited, but he’s still effective.

Players I would start him over: Angel Pagan, Christian Yelich, David Murphy 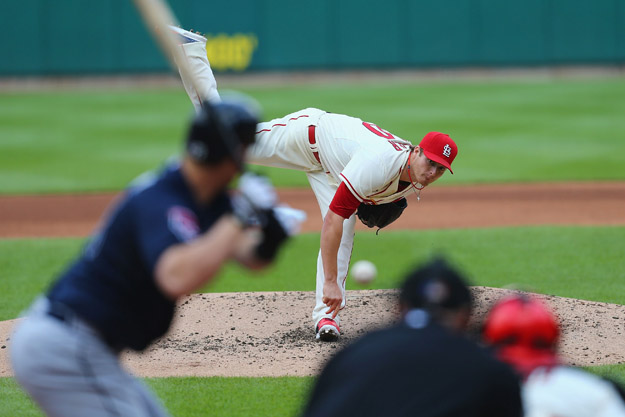 Don’t be fooled by the sub-4.00 ERA, Miller is a mess. His strikeout rate is way down, and his walk rate has shot up. While his fastball remains a weapon, none of his other pitches are capable of producing strikeouts. Miller was able to get through last season relying on a fastball-curve combo, but hitters have adjusted to his off-speed stuff. Hitters can tee off when they know what’s coming, and that is what has happened with Miller. A great matchup against the Royals is offset with a tough game in Toronto.

Players I would start instead: Homer Bailey, Marco Estrada (one start), Ian Kennedy (one start)

Dickey’s walk rate remains problematic, but he’s basically settled in as a decent starter with some upside. He’ll likely never return to Cy Young form, but he will provide solid value, and that’s fine based on where he was selected this year. The problem this week is that he has two tough matchups. The Tigers are one of the best offensive teams in baseball, and the Cardinals are slowly getting their act together at the plate. He’s not the worst option, but Fantasy owners can do better this week.

Players I would start instead: Zack Wheeler, Nathan Eovaldi (one start), Garrett Richards (one start) 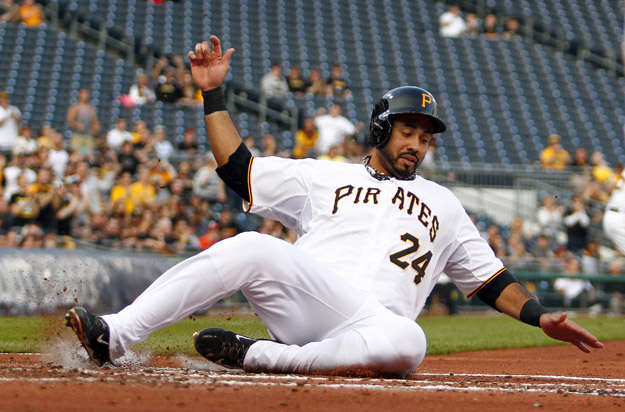 There’s an argument to be made that power is at a premium these days, and perhaps that explains why Alvarez continues to be started in 87 percent of leagues. His power potential is irreplaceable, but Alvarez can also bog down teams with his poor average. He’s basically a lesser version of vintage Adam Dunn. Vintage Dunn even struck out less than Alvarez until he turned 30. Alvarez is fine if you have the hitters who can boost your average. Otherwise, it’s fair to wonder if the good is outweighed by the bad.

How the mighty have fallen. Rendon burst onto the scene in April, looking like the next young star of the Nationals. May, however, has provided a rude awakening for the 23-year-old. The good thing here is that a large part of his May slump is terrible luck. Rendon isn’t actually a .169 hitter. The bad thing is, it’s exposed some flaws in his game. His approach against right-handers will have to improve in order for him to truly break out. He teased his potential in April, but is far from a finished product, and will need to make adjustments moving forward.

Zobrist is slated to return from a thumb injury Friday, and will likely make his way into Fantasy owners lineups for the start of Week 10. There’s nothing bad about that, as he hasn’t shown any major signs of decline yet. The main worry is that he’s coming back from a hand injury, which can always be problematic for hitters. Zobrist only played in one rehab game, and came back after the minimum stay on the disabled list, so it’s unclear how much stress his thumb can handle so soon. He’s still a decent start, but owners who have the luxury at second may want to give him a week to show he’s fully healthy.