SACRAMENTO (CBS13) — The Christopher Columbus statue inside the California Capitol building could be moved out as early as Tuesday morning, CBS13 learned Monday.

A public CHP permit shows administrative access will be needed inside the Capitol for 12 hours for a "remodel" near the west side access — the spot where the Columbus statue stands.

The Department of General Services, the Joint Rules Committee, and the CHP would not comment on the story.

The formal removal would come just days after demonstrators tore the Father Junipero Serra statue down in the Capitol garden and vandalized the El Soldado statue also on the Capitol grounds. 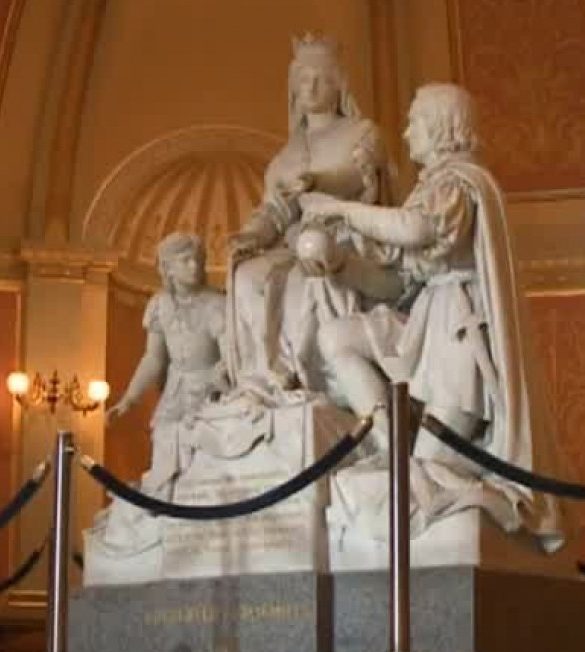 The scrutiny of historic statues and their place in civic pride intensified following the George Floyd protests. The Capitol's Columbus statue is the only one Democratic-led legislators announced would be legally removed. A group of Republican legislators sent a letter to the Joint Rules Committee requesting the statue be allowed to stay.

"I don't think there needs to be a great review of every statue and every picture that is in the Capitol, my goodness gracious," Senator Nielsen said.

The public permit for the west entrance remodel starts at 6 a.m. and will last until 6 p.m. So far, we don't know where the Columbus statue will be moving.