The 165th California State Fair starts Friday and fairgoers can expect a lot of unique food, plenty of performances and many cool-down stations until July 29.

One new attraction that is sure to be a hit is the Silent Disco located in the Expo Center, an air-conditioned building near different art exhibits.

In addition to cooling off from sweltering July Heat, fairgoers of all ages can put on wireless headphones and dance to the music of their choice. Each headset connects to three channels of music, appealing to a variety of music tastes.

Fair officials said the silent disco will have kid-friendly tunes during the day and after 5 p.m. DJ battles will start. The DJs will compete to have the most listeners on their channel.

The Silent Disco is one of 20 "cool down" spots at the fair. Fairgoers will need these cool spots as the forecast is looking hot, with highs near 100 through the weekend.

There will also be full-body misters that can spray down patrons from head-to-toe with cool water.

As for rides, many classic favorites will be operating for thrill seekers. New to the fair this year is the Turbo which spins riders high into the air, around in a circle and upside-down.

When you're ready for a snack, a variety of food is available for sampling. Many stands have traditional corndogs and fried concoctions including a new deep fried cannoli which bursts with gooey warm cream filling.

A few standout foods included bacon wrapped Brussel sprouts and asparagus from The Bacon Habit. This stand, selling everything from chocolate covered bacon to bacon-wrapped turkey legs, is run by a husband and wife team and their father who mans the grill.

If you're craving barbeque, Montana Q has the Grizzly Mac Attack which piles macaroni and cheese, pulled pork, coleslaw and a lot of barbeque sauce on a bun. The sandwich was great with a side of pigtails, curly fries topped with shredded cheese and pulled pork then doused in barbeque sauce.

For those wanting healthier options the fair is featuring two vegan stands this year and a pressed juice stand, Good Roots Café, in the wine gardens. Patrons can enjoy a fresh carrot juice or cool off with an acai bowl while learning about local alcohol the "farm to glass" exhibit.

And it wouldn't be a State Fair without an abundance of entertainment. The Mane Stage stood out as a must-see. Performers of all ages, starting at just 4-years-old, rode around the arena in bright costumes preparing for their "Greatest Showman" tribute. 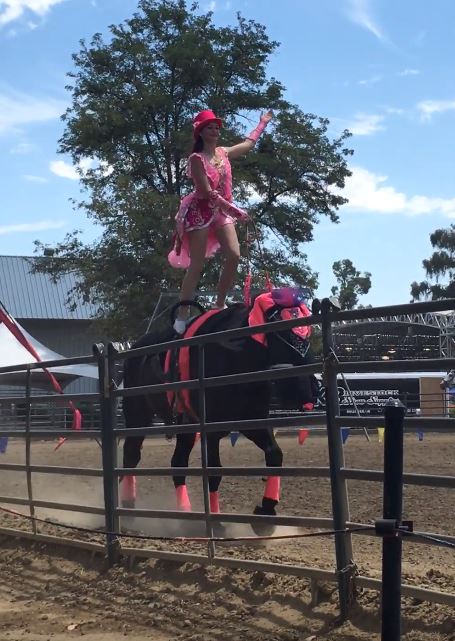 The performers will put on a show every night in the Horse Arena as high-flying acrobats do tricks on aerial silks as well as on horseback. The plumed horses perform in sync, and there is also mermaid-themed and rodeo-themed shows every hour.

Another unique experience for visitors during the first weekend of the fair is the Tiny Homes Village. These pre-built "tiny homes" redefine small living and are available for tours between 11a.m. - 8 p.m. 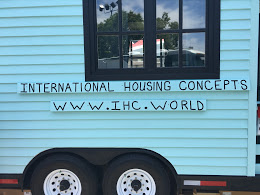 Each home has a unique layout and visitors can see what it's like to live small.

Between the concerts, livestock, and many rides, fairgoers have a lot to see — and eat — at this year's fair.