EL DORADO COUNTY (CBS13) — An El Dorado County restaurant that got a lot of attention for not following the state coronavirus guidelines is now facing thousands of dollars in fines. The county has also pulled the permits for Café El Dorado. 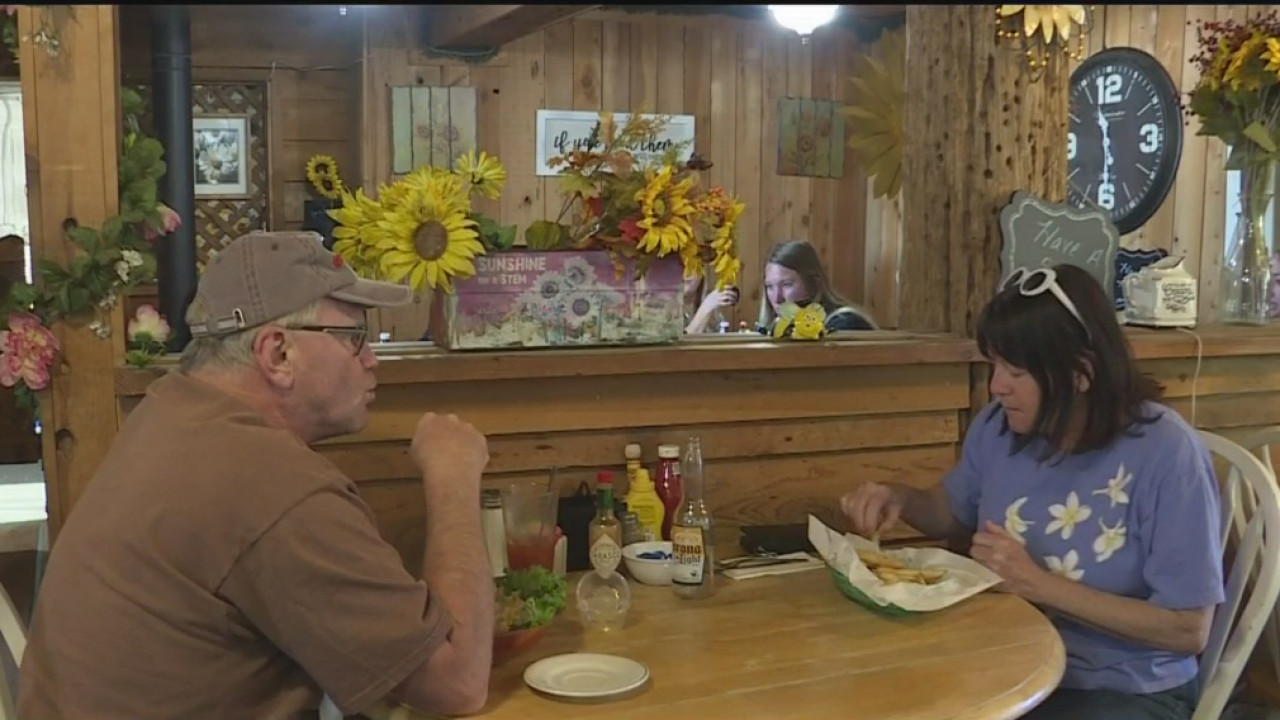 Owner Cherie Baldridge has started a GoFundMe, asking people to help out after she was hit with thousands of dollars in fines for violating the state health order. She even has a donation jar inside her cafe.

"No, nothing is putting me out of business unless you arrest me and I don't know. Yeah, I'm not going down," she said.

Back in May, Baldridge went against state COVID-19 guidelines, reopening her restaurant for dine-in and not requiring staff or customers to wear masks. Nearly five months later, she's still refusing to follow the rules, and CBS13 is getting answers on why the county is now cracking down on enforcement.

It turns out there's a process that must be followed. According to the county's Environmental Management Department, the cafe had its health permit suspended on July 30 after investigating six complaints. The county said on Aug. 14, the cafe requested a hearing that was later held on the 25, but according to the county, no one from the cafe showed up.

During the enforcement process, the county says Café El Dorado's health permit was pulled. From the July 30 date, fines starting at $100 to a maximum of $500 a day began accruing.

Al Hogrefe says he ate at the restaurant weeks ago.

"We kept going there anyway. We just enjoyed the company and the food," he said.

The county tells CBS13 fines will continue to rack up if the cafe doesn't get into compliance, still operating without a health permit. In the meantime, Baldridge says she has to stay open.

"Best thing I ever did, [it] saved my life," she explained.

She says the fines could put her out of business.

"Cause the COVID didn't do it so maybe the fine will," she said.

The county's Environmental Management Department said they only oversee the health permit, so any closure proceedings would come from a different agency. For now, Baldridge plans to handle these fines, telling CBS13 she even has a customer willing to pay the entire amount.