SACRAMENTO(CBS13) — A burglar busted through the ceiling of a Sacramento smoke shop last week and the whole incident was caught on camera. 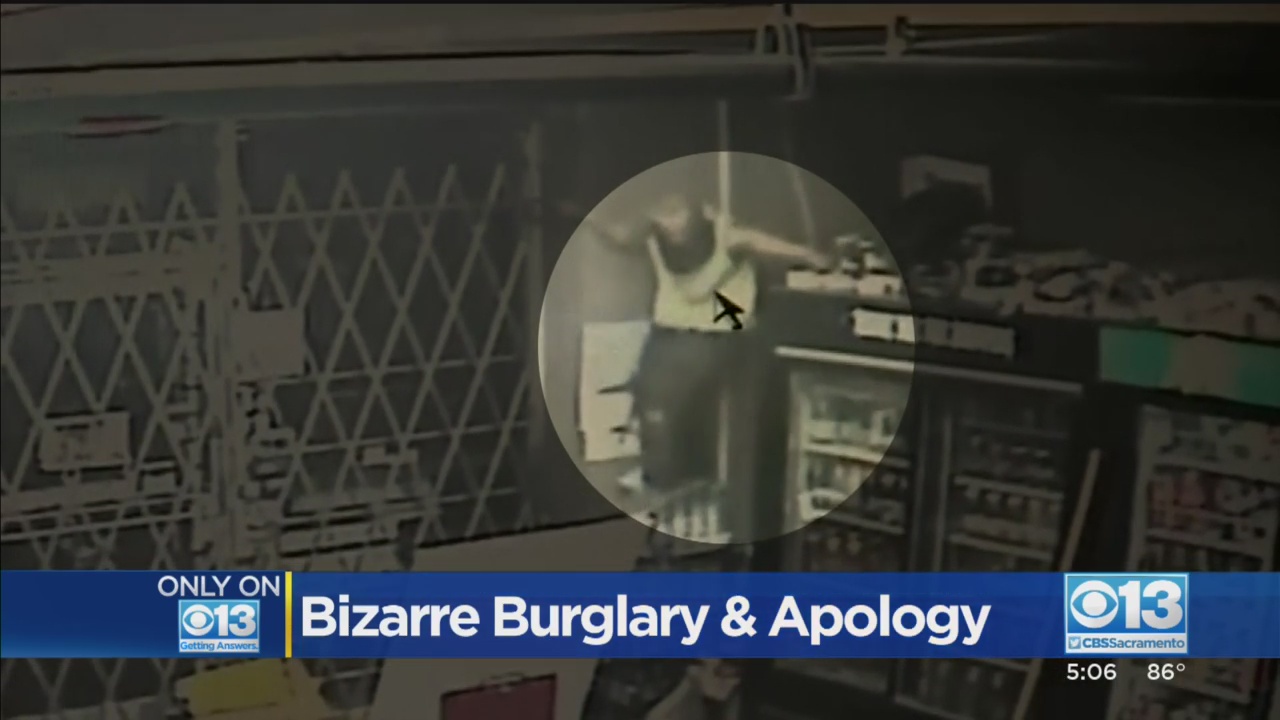 The break-in happened on July 27 at the Stay Fly Smoke Shop on El Camino Avenue. Surveillance video from the shop's security camera system shows the suspect dangling from the ceiling before dropping to the ground. He rummaged through the smoke shop and attempted to get into the safe and register.

The store's alarm system immediately alerted the owner who called 911 while watching what was happening live on his security camera. He was able to track the suspect's every move and tell dispatch what was going on just in time for deputies to catch the dangling burglar.

Days after the break-in, a new surveillance video shows a man with his hand reached over the counter offering an apology to the store's owner. Workers at the smoke shop say the man seen in the video is the same person who previously broke in through the ceiling just last week.

The Sacramento County Sheriff's Office identified the man as 28-year-old Derek German. Deputies arrested German and say he was also in possession of stolen property from other recent burglaries.