SACRAMENTO (CBS13) — One of the two officers who shot and killed Stephon Clark was confronted by Black Lives Matter protesters on his wedding day.

Sacramento police have not released the names of the two officers who opened fire on Clark on March 18 due to safety concerns. CBS13 has blurred the faces of the newly released video to protect their identities.

The small group of protesters had gotten word about the wedding and made sure they were there just hours before the officer apparently said I do. 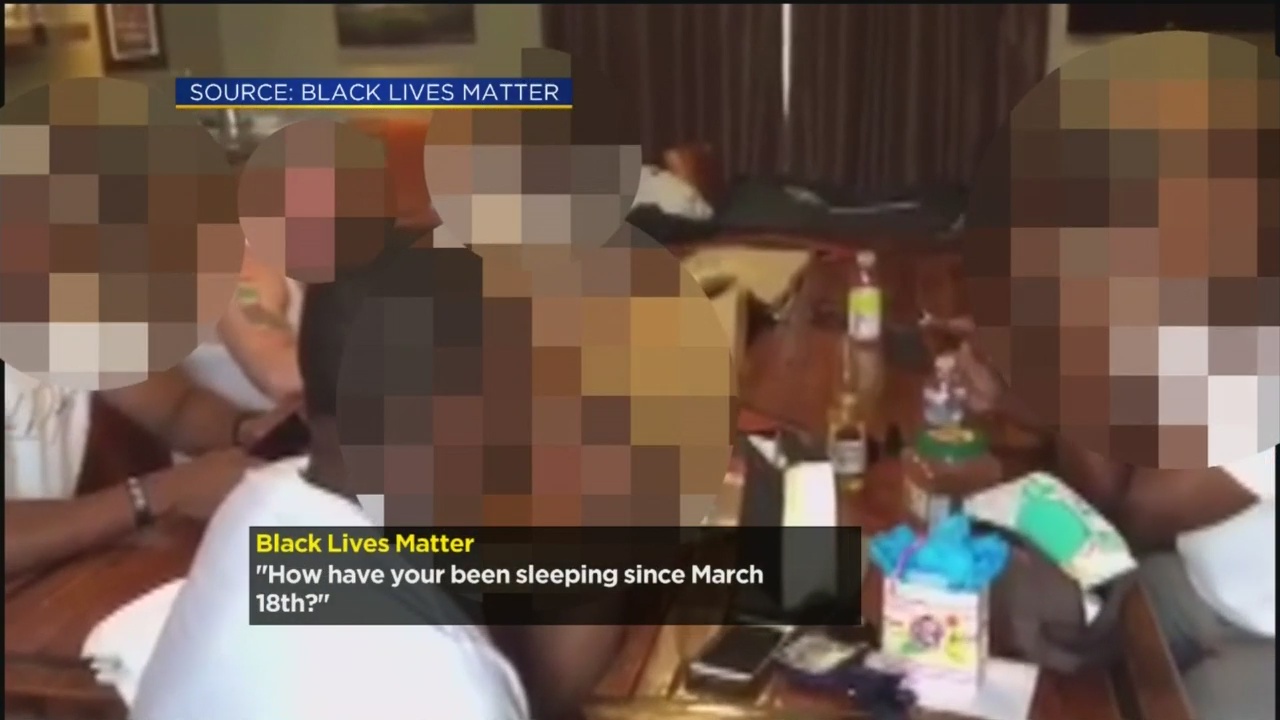 Now the confrontation is shedding light on what these officers are up against both in and out of uniform and begs the question, is this going too far?

"I think they need to be approached in spaces where they're a little more vulnerable," said Sacramento BLM founder Tanya Faison.

According to the video released by Black Lives Matter, the officer was gathered in a room with his groomsmen Saturday when protesters barged in.

"I just wonder if you started planning your wedding before you killed Stephon Clark or after? How have you been sleeping since March 18?" said one protester in the video.

BLM says they helped plan the confrontation ever since they found the officer's wedding website online, with information about the venue, a vineyard about an hour outside of Sacramento.

RELATED: Officers In Stephon Clark Shooting Back At Work

"We're not violent, we're not gonna give to them what they brought to our community, we're not gonna hurt anyone but we are gonna make them uncomfortable, and they should because someone is dead," said Faison.

When asked if this approach was going too far? She replied, "no because he's gonna remember this day for the rest of his life."

"As a black man in the community, I'm concerned whenever there's injustice on any black person, certainly there's a right to protest but I think there are limits when to protest in a public place and the right of privacy for your wedding," said community member Michael Keeley.

"No I don't think it's appropriate, that's why I say there's a time and place for everything," said Susiann Donaldson.

Sacramento police say since the tragic shooting back in March, the two officers involved have needed additional security. They've received a number of death threats and are not working in a patrol capacity.

"People may think that these officers are just going about their lives, but this is a very traumatic event for everyone," said Sgt. Vance Chandler with Sacramento Police.

The case that has drawn national attention and sparked protests across the country is still under investigation, with no word from the DA's office on whether or not the officers will be indicted.

"I feel that our department has handled demonstrations and protests very well and we have taken great effort's to allow people to exercise their First Amendment rights but on this one what is the purpose of this?" he said.

That purpose, said Faison, is to remind folks that people are still hurting.

"Stephon Clark's family is still mourning and suffering. He doesn't get to be with his kids, or get married," she said.

Transparency comes with responsibility. Officers deserve to be free from harassment by individuals seeking their own forms of justice. True accountability can only come from our impartial judicial system and from our elected government.

The SPOA will continue to advocate for transparency and thoughtful improvements in police policies, but we request the respect of our community. Give our officers the ability to safely raise their families alongside you."