In the spirit of GRAMMY collaborations, Maroon 5 hit the stage with Alicia Keys, who stepped out from behind the piano to beat her own drum.

Maroon 5 began their performance with "Daylight," with frontman Adam Levin giving a spirited rendition. But the tune changed when Alicia Keys appeared pounding out her own drum beat to her song, "Girl On Fire."

She moved from behind the drums to belt out her tune, as Levin provided additional vocals.

The news of their performance hit in January when each tweeted their excitement. 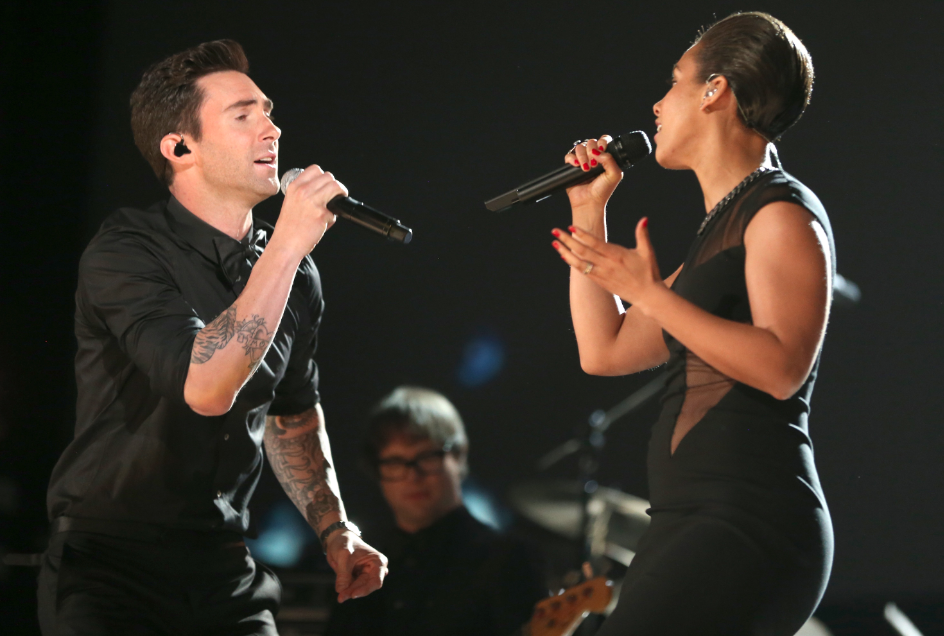 "Wait until you see what I do with Maroon 5 on The GRAMMYs," Keys tweeted with the hashtag, #TheWorldIsListening.

"We’re excited to perform with Alicia Keys on The GRAMMYs," tweeted Maroon 5.

Check out a complete list of GRAMMY winners here.