MODESTO (CBS13) - An 80-year-old Modesto man is being hailed a hero after rescuing a person who drove his vehicle into a canal. 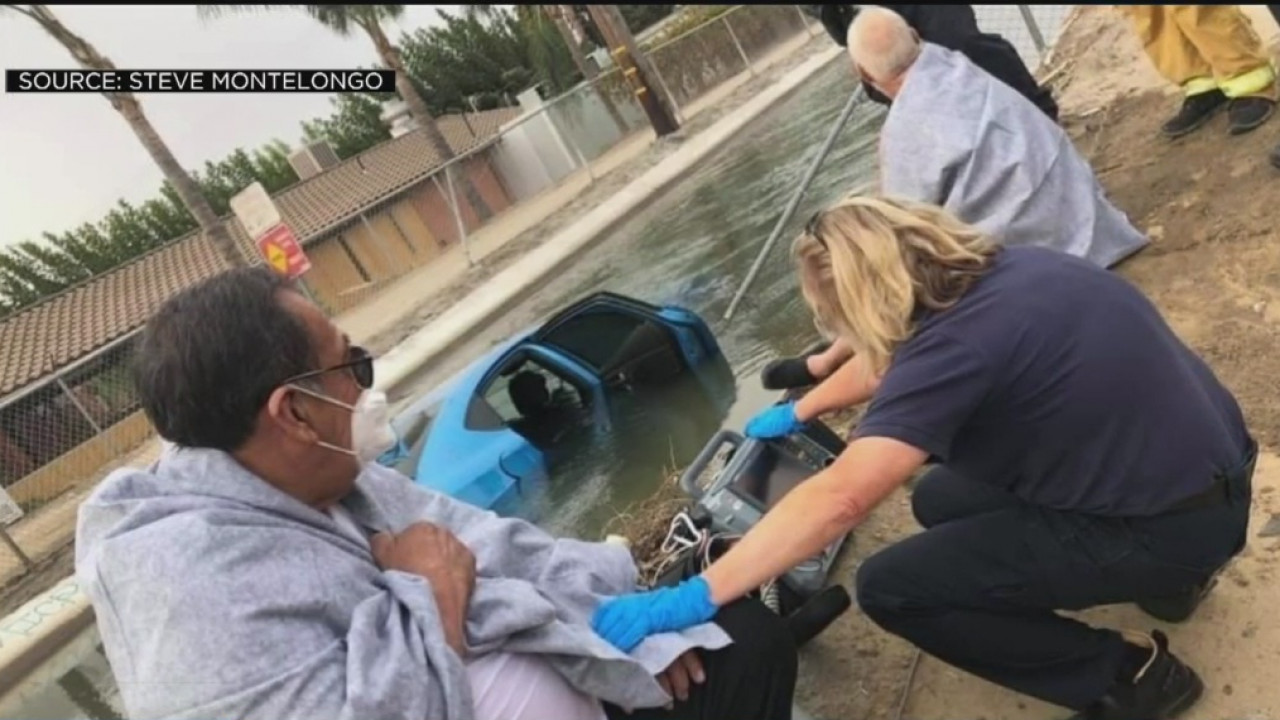 Steve Montelongo jumped into action after seeing the accident on the corner of Crows Landing and Hatch Road in Modesto.

"He was in there trapped. All four doors shut. He was panicking already, you know, because the water was rising. The water was rushing in, the car was starting to move. I grabbed his shirt and I just pulled him out. But uh, that was it," Montelongo said.

It's not the first time Mr. Montelongo is being called a hero. Years ago, Montelongo says he was at a church meeting when a nearby home exploded with a couple trapped inside.

"With my strength, I just yanked [the front doors] off its hinges. I told them, 'Come on let's get out of here because this house is going to go.' We got out through the back door," Montelongo said.

"First responder, he can probably add to his resume. A lot of people are in the right place at the right time, but very few actually did what Mr. Montelongo did," Olsen said. "Well it appears by all accounts that on paper he's 80 years old, but his attitude is much younger than that."

We asked Steve Montelongo if he considers himself a hero, and his response may surprise you.

"No no, I don't consider myself a hero. I was just a fella that got put in the right place at the right time," Montelongo said.

The California Highway Patrol says the driver of the vehicle appears to have suffered some kind of medical episode but was not seriously hurt. CHP officers ask that Good Samaritans weigh the risk before doing what Montelongo did.