YUBA CITY (CBS13) — A Facebook page created to criticize people about their weight is generating controversy in the Yuba-Sutter region.

530 Fatties appears to be created by someone who lives within the local 530 area code, and featured photos of overweight or obese people in public without their permission. With those photos are words mocking the subjects' weight.

The page was taken down at some point on Monday after CBS13 began looking into it after several people reached out to us.

Jessi Lynn Howell, 18, is still mortified after discovering a picture of herself posted on 530 Fatties. 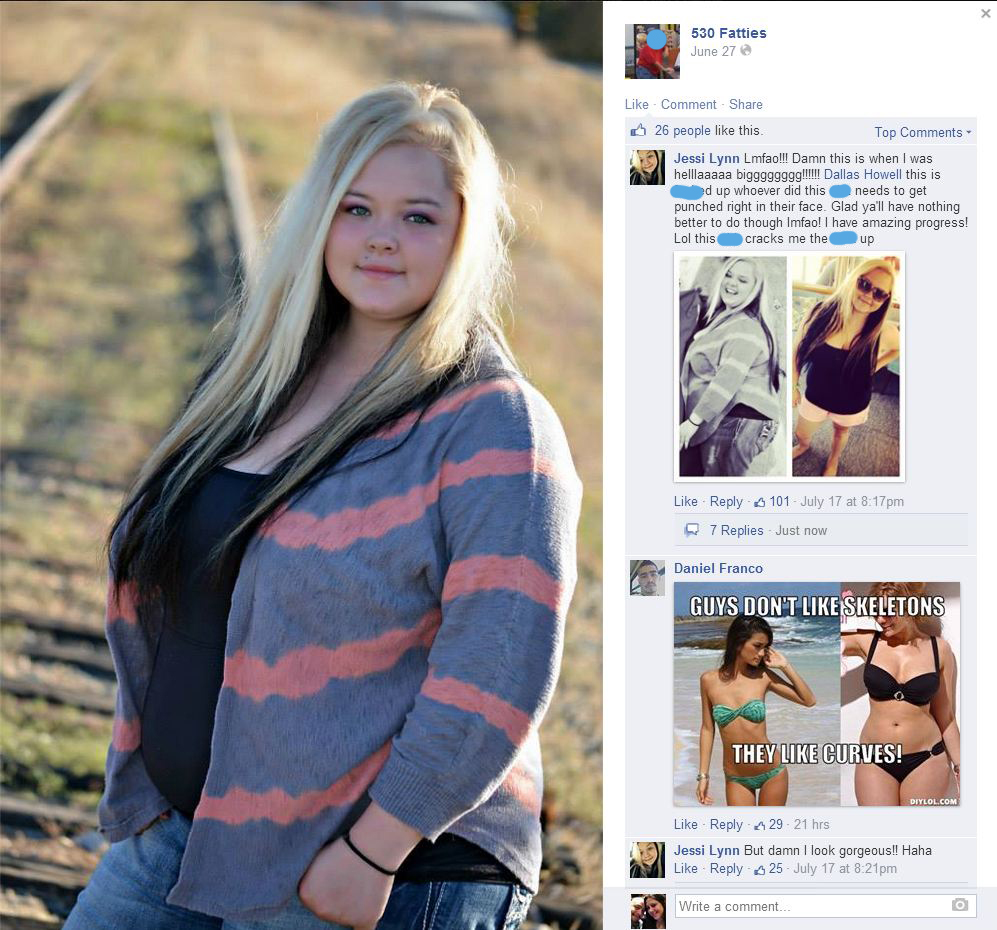 "It's really hurtful and it's really embarrassing," she said. "I know it's probably someone from around here, and whoever it is they need to stop because that's ridiculous."

Howell says the picture of her was taken in October when she was 50 pounds heavier. She says lifelong medical problems have caused her to struggle with her weight, but medication she's taking is helping her get control.

"I feel so much better like, the way I get dressed, the way my clothes fit," she said. 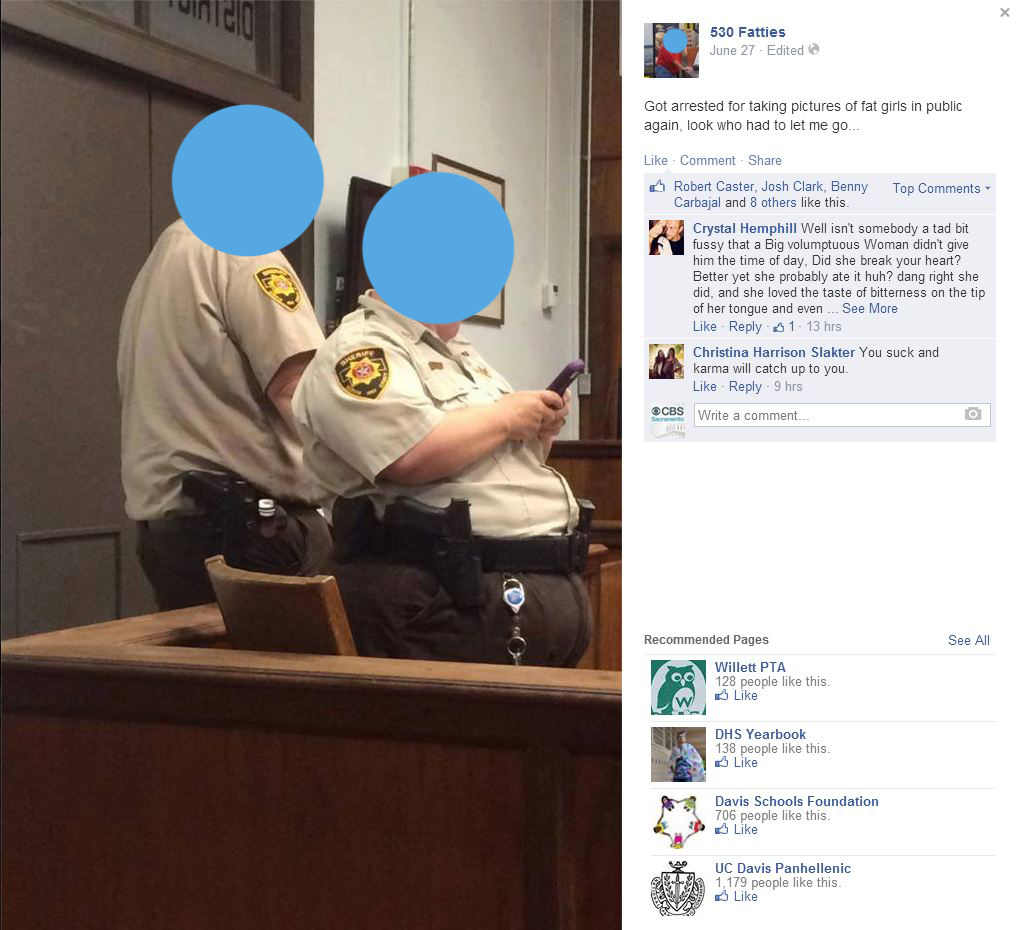 CBS13 tried to get answers on who was behind the rude pictures and vile posts. The address listed for the page was 1 number higher than the address for the Yuba City Walmart. A phone number listed on the page was disconnected. 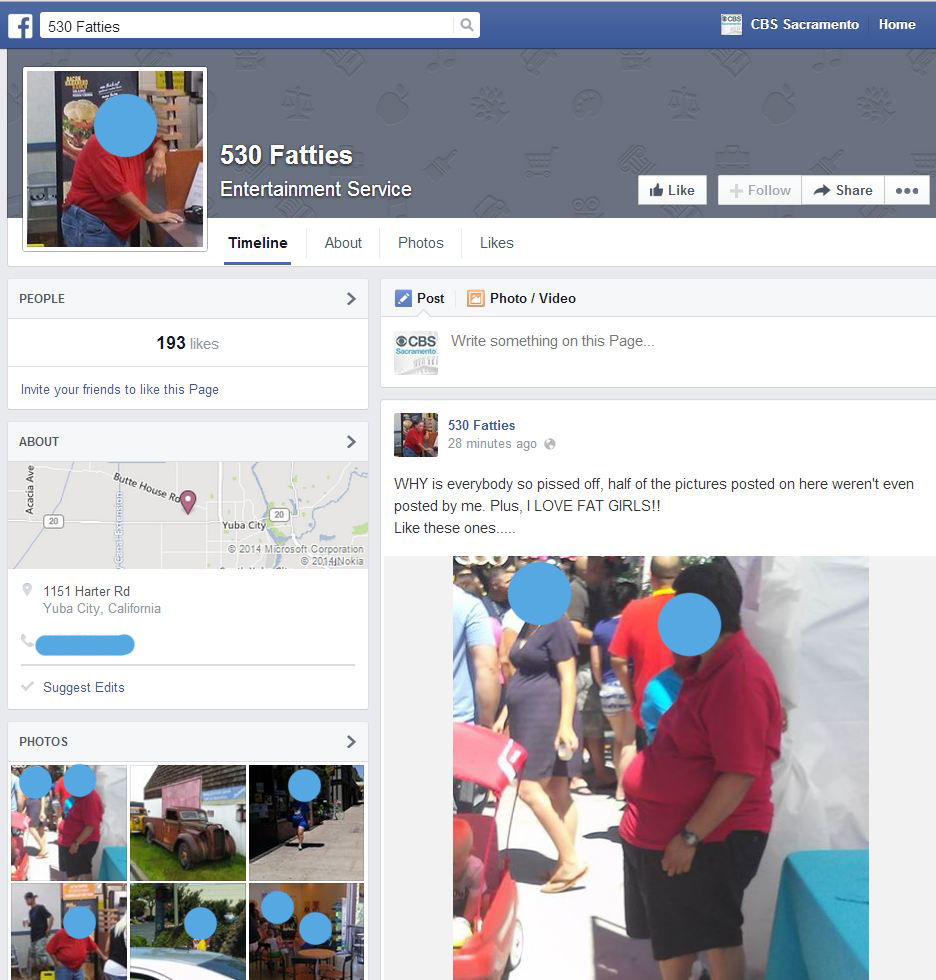 Most of the photos on the site came from Yuba and Sutter counties. According to a 2013 UCLA study that linked lower income and education levels with obesity, the two counties were above the statewide average of 22 percent. Yuba County's obesity rate was 30 percent, while Sutter was at 28 percent. 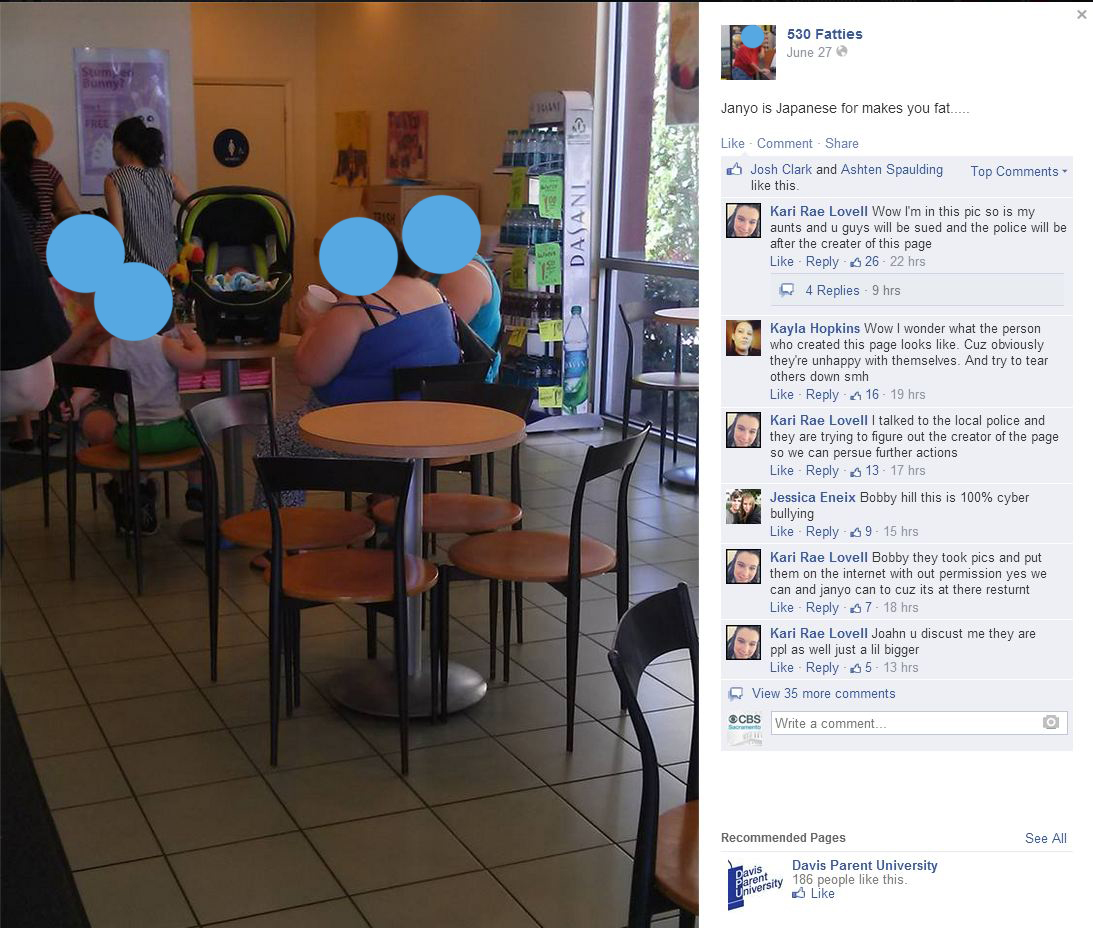 The creator of the page did not respond to our requests for comment.

Meanwhile, Howell says she's not letting what happened get her down. Instead, it's motivated her to work hard to achieve her goals. 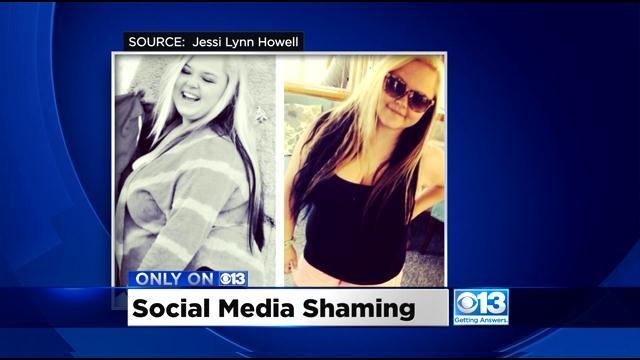