The NFL regular season opens up in just over three weeks, but it's never to soon to start speculating which coaches aren't going to make it through the season. Maybe it's a younger coach that doesn't meet expectations; sometimes, it's a more experienced head man that has simply worn out his welcome in the locker room. Here are five guys that are already in danger of getting their walking papers going into the upcoming season. 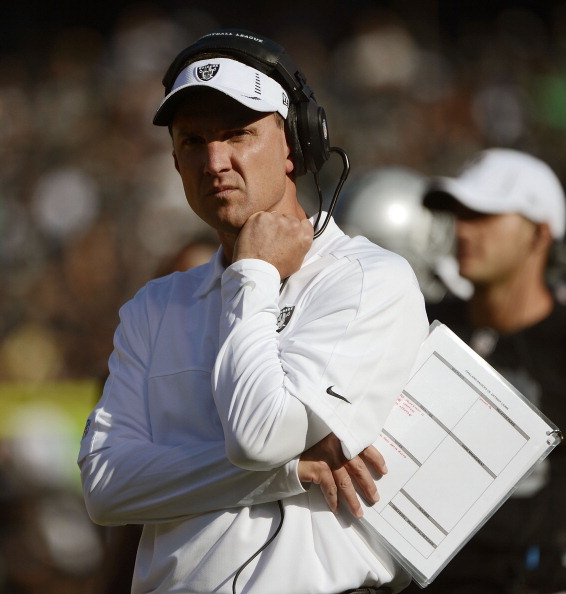 Dennis Allen was hired as Reggie McKenzie's first head coach as GM of the Raiders. becoming the 18th coach in franchise history. Allen inherited a dysfunctional roster that was mired in salary cap hell, immediately stacking the chips against Allen in his first gig at the helm of an NFL team. Allen has gone 4-12 in both of his seasons in charge, and if he doesn't experience a big turnaround this season, McKenzie may have to cut ties with Allen if he wants to stay on as the GM.

Garrett was hired midway through the 2010 season to replace Wade Phillips, who started the season 1-7. The former backup quarterback finished the year 5-3, and willingly bowed to every demand of tyrannical owner Jerry Jones, securing an extension with the team. Garrett has pretty much been on the hot seat ever since, registering three straight 8-8 seasons and failing to make the playoffs since his arrival. This, despite having a consistently productive quarterback in Tony Romo and offensive weapons like Dez Bryant and Jason Witten. The only thing that will save Garrett's job is the only thing that has kept him around this long: his willingness to serve as a puppet to Jerry Jones.

The son of brilliant defensive coordinator Buddy Ryan, Rex has the pedigree to be a successful coach - and he's certainly experience a degree of success in the NFL. As a head coach, he led the Jets to the playoffs in each of his first two seasons - only to lose twice in the AFC title game. Since 2010, however, Ryan's Jets have faded from relevance, failing to make the playoffs in each of the three seasons since. His tenure has been defined by the inability to get consistent quarterback play, and it doesn't look to improve this year, with Geno Smith and Michael Vick competing for the starting job. The Jets added some valuable pieces in the offseason, including former 2,000 yard rusher Chris Johnson, so if the Jets get off to a slow start, look for Rex to take the fall.

The Jags have stunk for a long time and didn't appear to improve greatly in the offseason. They drafted Blake Bortles as their future franchise QB, but he has nobody to throw to, no offensive line for protection, no running backs to help relieve the pressure, and no defense to protect a lead. Bradley somehow extracted four wins out of this team last year, which was brilliant considering they spent most of the season looking like a lock for 0-16. When a team is that awful, someone is usually on the chopping block, and the coach tends to be at the top of the list. 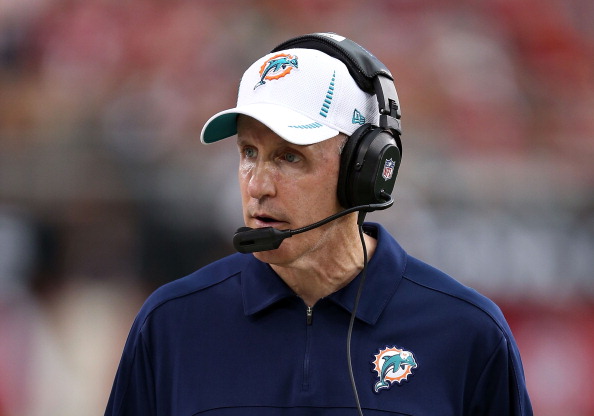 Philbin was hired by the Dolphins going into the 2012, and has been largely unspectacular, going 7-9 in his first season, followed by an 8-8 campaign last season. While hovering around .500 doesn't typically get a coach fired, Philbin appears to be on thin ice after losing control of his locker room to the point that it created one of the biggest sports scandals of the year. Miami needs to put a positive PR spin on their franchise, so if things start to spiral early on for the Dolphins, ownership may be looking to clean house.