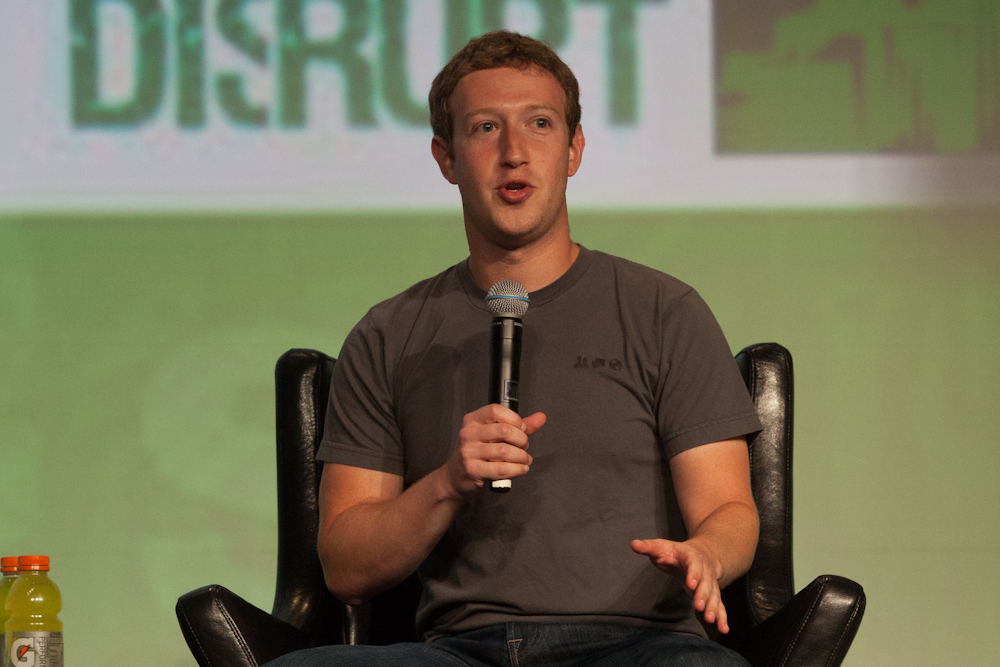 (CBS News) Mark Zuckerberg spoke publicly for the first time since Facebook's IPO on Tuesday, sitting down for an interview with TechCrunch founder, Michael Arrington.

In a report that aired Wednesday on "CBS This Morning," CBS News correspondent John Blackstone said Zuckerberg received "a warm welcome from the tech industry crowd," on Tuesday, despite his tense relationship with Facebook investors after the loss of over half the stock's value since the company's IPO in May.

Zuckerberg told Arrington that "the performance of the stock has obviously been disappointing," but said investors should be patient. He reminded Arrington and the crowd that "Facebook has not been an uncontroversial company in the past ... it's not like this is the first up and down that we've ever had."

Josh Constine of TechCrunch told CBS' John Blackstone that Zuckerberg did not seem particularly stressed by his company's recent volatility. "He looked actually quite confident, " Constine said. "He had a big smile on his face, he looked like a man who was holding a royal flush."