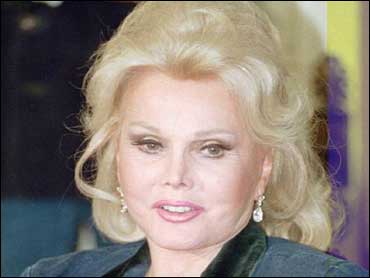 John Blanchette says he spoke to Gabor's husband on Thursday and was told that the actress, who was partially paralyzed in a 2002 car accident and suffered a stroke in 2005, was not doing well in the wake of her successful weekend surgery.

However, Blanchette said Friday that he has not yet spoken to her doctor to confirm her condition. He says she was heavily sedated.

Gabor broke her hip on Saturday when she tumbled out of bed while watching television when she tried to answer a telephone at her Bel-Air home.

The only survivor of the trio of acting Gabor sisters, the much-married Zsa Zsa is currently wed to Prince Frederic von Anhalt, her ninth husband. She has one daughter, Francesca Hilton.