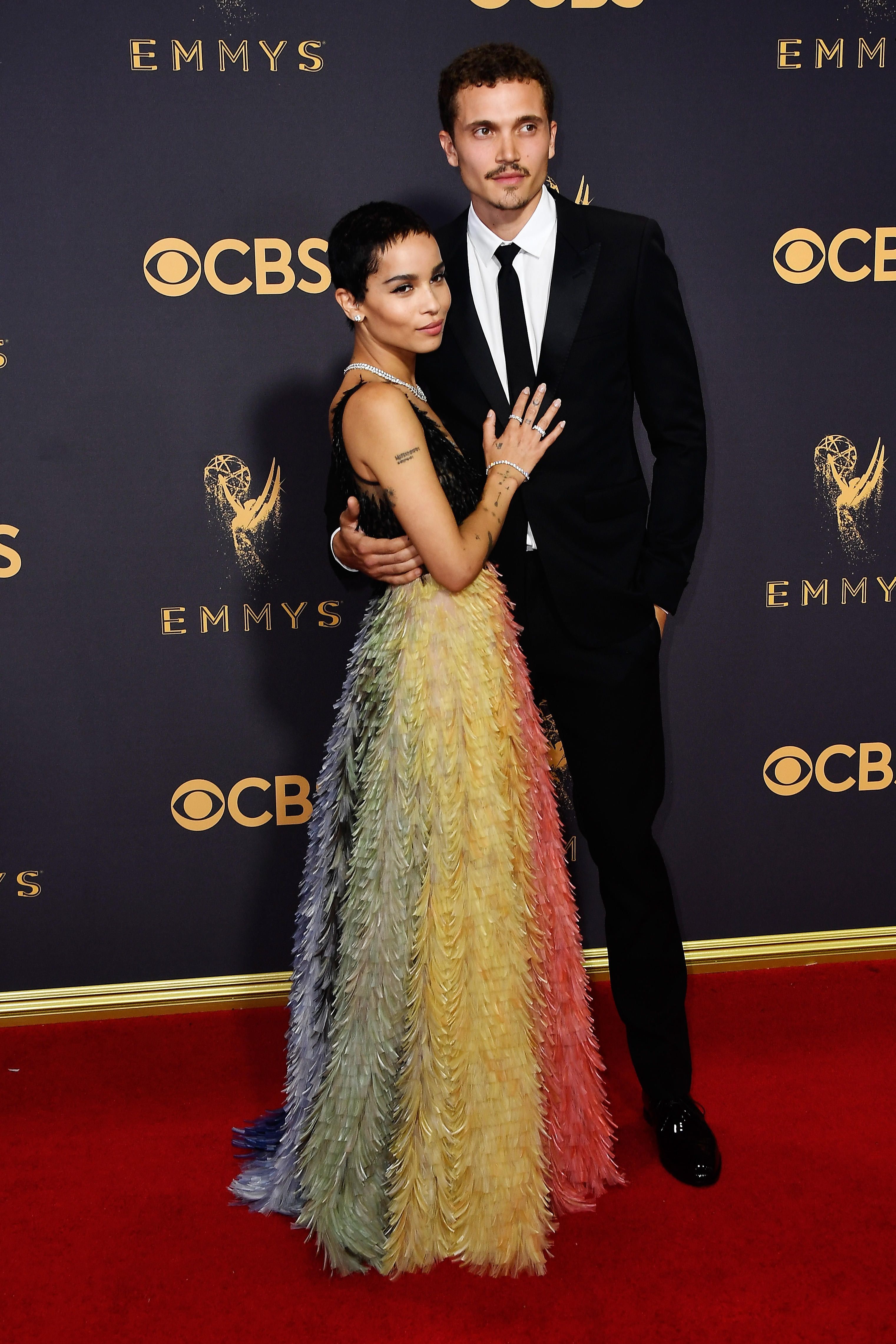 Zoe Kravitz and her beau, actor Karl Glusman, are engaged. The actress and singer revealed in a wide-ranging interview with Rolling Stone that Glusman, who appeared in "Nocturnal Animals," popped the question in February.

"Oh yeah, I'm engaged," Kravitz said. "I haven't told anyone yet — I mean, I haven't told the world. I wanted to keep it private." She and Glusman have been dating since 2016.

She said of her relationship with Glusman, "I can be my weirdest self around him. It's so relaxing to be around someone where you can be a hundred percent how you feel." The two met through friends and Glusman moved into Kravitz's apartment soon after.

Kravitz said that Glusman had originally planned to surprise her in Paris and propose to her then, but he ended up proposing in their living room instead. Kravitz revealed, "I was in sweatpants. I think I was a little drunk." She said he started hugging her and she was worried because his heart was beating so fast, but then Glusman dropped to one knee pulled out a box with her dream ring.

"He nailed it," she said. "And I love that it wasn't this elaborate plan in Paris. It was at home, in sweatpants."

Speaking of engaged, Kravitz recalled the time her dad, Lenny Kravitz, was engaged to her "Big Little Lies" co-star Nicole Kidman, years before they worked together.

"It was funny to be on set with her," Kravitz said. "Like, 'Remember when you were engaged to my dad?' "