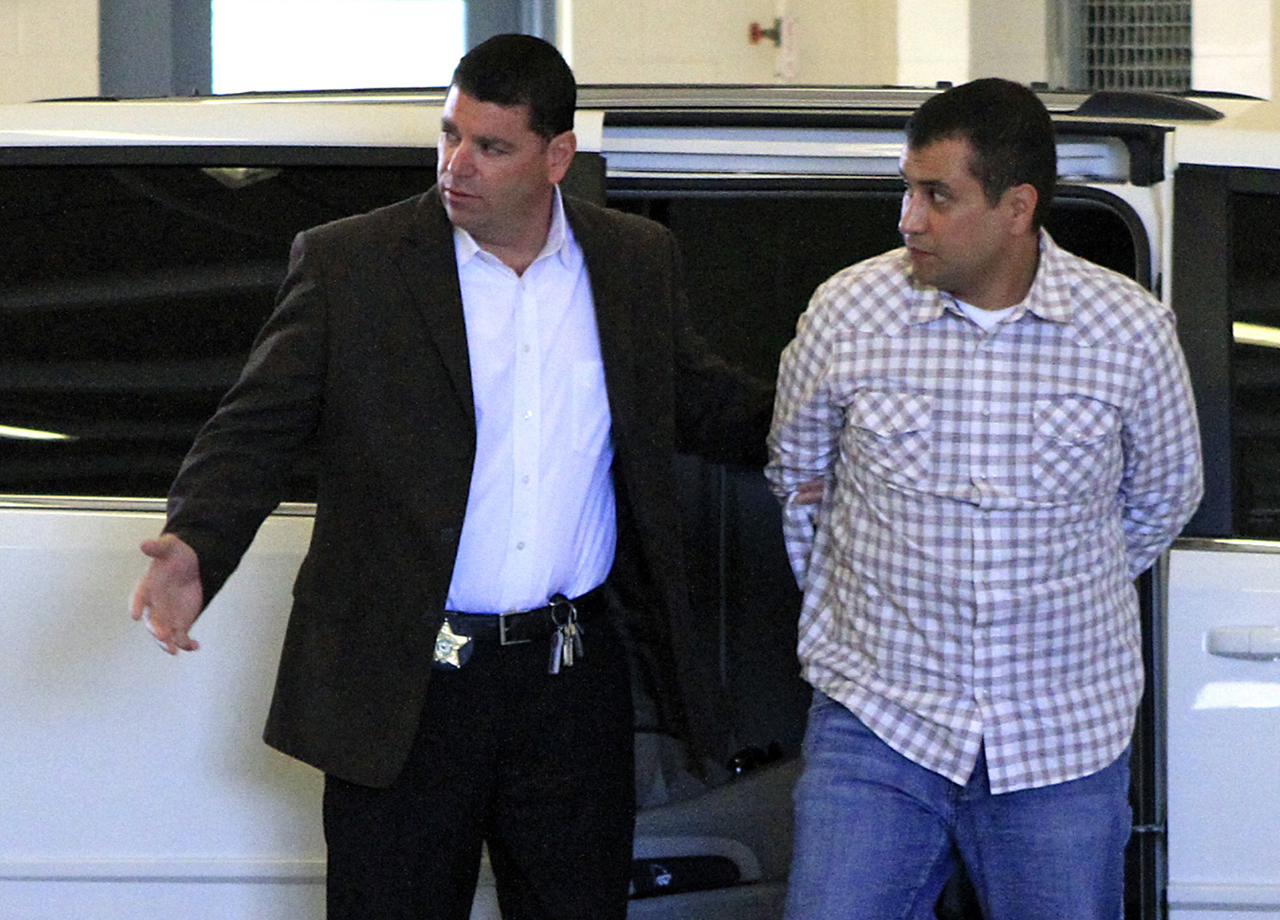 Mark O'Mara, Zimmerman's attorney, told WKMG he is preparing to file a new motion for the hearing.

Zimmerman, who is charged with second-degree murder and has pleaded not guilty in the 17-year-old's death, returned to custody on Sunday, two days after his $150,000 bond was revoked. Prosecutors argued Zimmerman and his wife misled a judge about how much money they had to put up for the bond.

At the initial bail hearing, Shellie Zimmerman testified that the couple had limited funds for bail because she was a full-time student and her husband wasn't working. Prosecutors say Zimmerman actually had raised $135,000 in donations from a website he created.

"I think it was out of fear, and maybe some frustration with having their lives turned completely upside-down and not having a good level of trust with anyone that they were dealing with. But I think they realize it was a mistake. They look forward to the opportunity to clearing that up with [Circuit Judge Kenneth] Lester," O'Mara said on "CBS This Morning" Monday, adding that he thought the Zimmerman family should apologize to the court for not being straightforward about their finances. (Watch O'Mara's full interview at left.)

"I think they were just acting out of fear and frustration, but they don't have that luxury," he said.

Zimmerman has claimed self-defense in the deadly a confrontation in a Sanford, Fla., gated community where Zimmerman lived and where Martin was visiting. The delay in his arrest for 44 days led to protests nationwide and led to intense debate about self-defense laws and race. Martin was black; Zimmerman's father is white and his mother is from Peru.

Prosecutor Bernie De la Rionda presented to the judge last week a partial transcript of telephone conversations Zimmerman had with his wife from jail, days before the April 20 bond hearing. Zimmerman and his wife discussed the amount of money raised from the website, and Zimmerman spoke in code to tell his wife how to make fund transfers, according to the transcript. The code referred to amounts of "$15" in place of "$150,000."

When Shellie Zimmerman was asked at the bond hearing how much money was raised from the website, she said, "Currently, I do not know."

Of the $204,000 raised from the now-defunct website, $150,000 is under the administration of an independent third party. About $30,000 was used to help Zimmerman go into hiding after he was released from jail in April. The remaining $20,000 was kept in cash to help with the Zimmermans' living expenses. A separate website started by O'Mara has raised $37,000.

The revocation of Zimmerman's bond could impact his case in several ways, legal experts say.

If the judge refuses to grant bond a second time, O'Mara is under pressure to move the case along because his client will be sitting in jail, not his own home.

The bond problem also could influence the judge's opinion of Zimmerman's credibility if there is a "stand your ground" hearing. Such a hearing, before the judge and with no jury, would give Zimmerman the chance to argue he killed Martin in self-defense under the Florida law that gives wide latitude to use deadly force rather than retreat in a fight if people believe they are in danger of being killed or seriously injured.

If there is a trial, prosecutors, under certain circumstances, may be able to cite the bond hearing to raise questions about Zimmerman's credibility in a case in which he is going to need to convince a jury about his version of what happened during the confrontation.

"The gravity of this mistake has been distinctly illustrated, and Mr. Zimmerman understands that this mistake has undermined his credibility, which he will have to work to repair," O'Mara said.