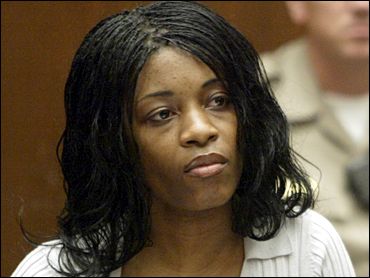 A woman accused of stalking actress Catherine Zeta-Jones pleaded not guilty Wednesday, two weeks after a judge ruled she was competent to stand trial.

Dawnette Knight, 33, entered the pleas at an arraignment on one count of stalking and 24 counts of making criminal threats. If convicted, she could face up to 19 years in prison.

The charges stem from nearly two dozen letters she allegedly wrote, some sent to actor Michael Douglas, the husband of Zeta-Jones. One letter read: "We are going to slice her up like meat on a bone and feed her to the dogs."

Knight allegedly apologized in another letter, claiming she had been in love with Douglas.

Defense attorney Richard Herman said at a press conference that Knight is not a threat and faces criminal charges only because the case involves celebrities.