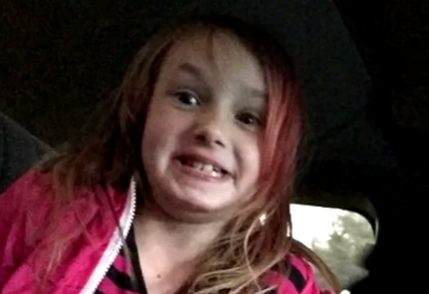 OTIS, Ore. -- High winds toppled a towering evergreen tree onto a house near the Oregon coast, killing an 8-year-old girl who was inside, authorities said Wednesday.

Zaylee Schlect was taken to a hospital, but could not be saved. The girl’s father, a volunteer firefighter, was working Tuesday and responded to the 11:15 p.m. call with other responders in the town of Otis that a girl was trapped. Others were inside the home, and no one else was hurt.

Capt. Jim Kusz of North Lincoln Fire and Rescue, which is a volunteer department, said he estimated the tree to be around 70 feet high and 42 inches across. He said it was downed by high winds that also brought down power lines and other smaller trees in the area.

“We had very high winds here last night, and snow on the coast, which is a very rare event,” Kusz said over the phone.

“We care about our people. You know it’s a family that was devastated in the middle of the night by this event,” Kusz said toCBS affiliate KOIN. “We sent out our chaplain to be with the family at this time and we’ll be doing a critical stress debriefing with our people as well.”

Pam Farrar told KGW-TV she heard the crash and then people screaming to call 911. She tearfully told the station she feels bad because she told a little girl her sister was going to be okay.

The winter storm downed trees throughout the state Tuesday.

A GoFundMe has been setup to help with funeral costs and housing.