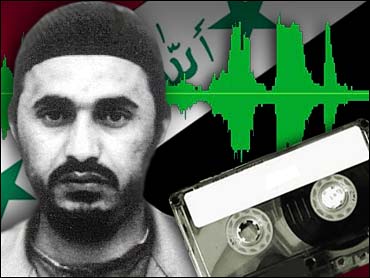 The leader of al Qaeda in Iraq urged Sunnis to confront Shiites and ignore calls for reconciliation in a new audiotape posted on the Web on Friday, saying Shiite militias are killing and raping the Sunni Arab minority.

The tape was a four-hour sermon by Abu Musab al-Zarqawi against Shiites, denouncing their top cleric Grand Ayatollah Ali al-Sistani as an "atheist" and saying the community had collaborated with invaders throughout Iraq's history.

"Oh Sunni people, wake up, pay attention and prepare to confront the poisons of the Shiite snakes who are afflicting you with all agonies since the invasion of Iraq until our day. Forget about those advocating the end of sectarianism and calling for national unity," al-Zarqawi said.

The CIA confirmed on Friday that the tape was authentical. The spokesman, speaking on the customary condition of anonymity, said the confirmation followed technical analysis of the tape.

It was the first message from al-Zarqawi since April 29, when he appeared in a videotape saying that any government formed in Iraq would be merely a "stooge" of the Americans. That video was the first time al Qaeda in Iraq had released images showing al-Zarqawi's face.