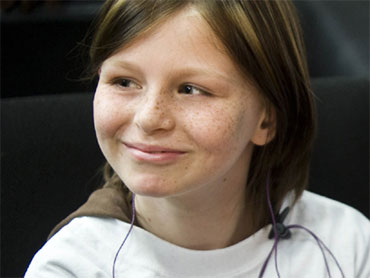 Elisa Baker, Zahra Baker's stepmother, entered a guilty plea to second degree murder Thursday, with aggravating factors that included desecrating the body of Zahra Baker. She is the young girl who wore a prosthetic leg and hearing aids after a struggle with bone cancer.

"I mainly wanted her to see me," said Dietrich to the station, "and for her to see the pain that she's caused on my face and my mother's face."

While Dietrich told WCNC a plea deal isn't the most ideal resolution, at least it guarantees Elisa Baker will see jail time.

Parts of Zahra's body were found in multiple sites around Hickory, N.C. months after her disappearance was reported. Her armbone, prosthetic leg, torso and pelvic area were found, investigators said in court Thursday. But her head and many other body parts were never found.

Dietrich, who allowed Zahra's father, Adam Baker, to take custody of Zahra shortly after her birth due to post-partum depression, knows people find her at fault as well. But Dietrich thought Zahra would be safer with Adam Baker and his family, she told the station.

"I didn't have the strength to keep doing it," she sobbed, reports the station. "I didn't want to hate my child. I didn't want to be that news story people hear about -- the mother who drowns her child or couldn't stop them crying or smothered them."

Dietrich said she had spent years trying to find Zahra.  when a friend sent her a picture of the little girl holding a certificate from Granite Falls Elementary School. However, her happiness was short-lived. It was just days before Zahra was reported missing to police.

Adam Baker came to the U.S. with his daughter after meeting Elisa Baker online. He faces multiple criminal charges of his own although none are related to his daughter's death.

Initially,  Adam and Elisa Baker told police they believed their daughter had been kidnapped but that story quickly unraveled.

The next thing Dietrich wants to do is bring Zahra's remains home to be buried in Australia.