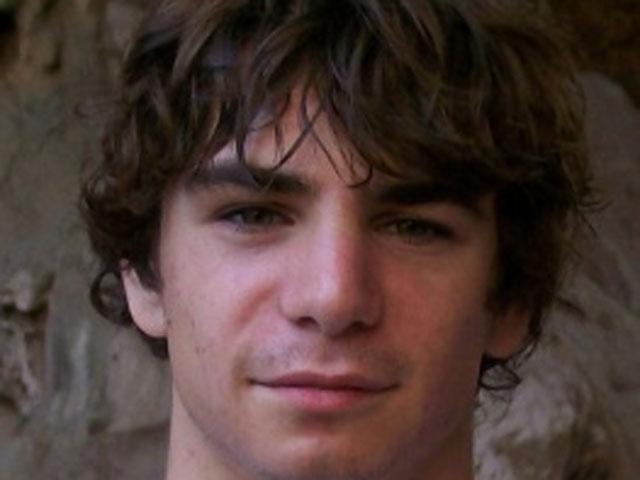 TEMPE, Ariz. (CBS/KPHO) Police have made two arrests in last month's shooting death of Arizona State University honor student Zachary Marco, who was killed over his laptop and cell phone.

Louis Eugene Harper, 20, and Marion Patterson, 17, are both facing charges of first-degree murder and armed robbery in the case, police said during a news conference Tuesday. Authorities said a third person told officers that he drove the pair to the scene of the crime and watched as they robbed and shot Marco on Oct. 17, according to CBS affiliate KPHO.

The two suspects apparently exchanged text messages the day before Marco's death in which they talked about committing a robbery, according to police.

Marco, a political science major who also tutored about 50 students, was gunned down while he was walking home from the ASU library outside a university apartment complex around 9:30 p.m., according to the Arizona Central.

Police believe Harper shot Marco for his cell phone and laptop computer. He later died at a Tempe hospital.

Tempe police Commander Kim Hale said Harper and his teen accomplice were "looking for someone to rob that night. Mr. Marco happened to be at the wrong place at the wrong time," reports the Arizona Central.

Dan Marco, Zachary's father, spoke during the press conference and thanked the Tempe Police Department for its work in the case, reports KPHO.

"There will never be closure," said Marco between tears. "If it were a wound, it would be a wound that would never heal."

Days after his son's murder Marco offered a deal to the gunman's accomplice, telling CBS 5 News, "What I offer to him is that if he comes forward, I will do my best to ensure that he gets the best defense possible and gets a deal that ensures that he sees the light of day again."

No one ever came forward and on Tuesday Marco had no mercy for the suspects. "The deal is off the table," he said according to KPHO. "No one came forward. My son's life was taken for nothing. They don't even have the stuff anymore."

In his court appearance on Monday, Harper denied any involvement in the student's murder. The judge ordered Harper held on $1 million bond.

Marco's family, friends and instructors plan to gather in the courtyard of ASU's Barrett Honors College Wednesday evening to remember the 21-year-old junior. His father has started a foundation in his honor.