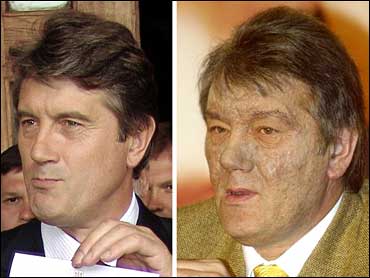 New tests reveal the level of dioxin in the blood of Ukrainian presidential candidate Viktor Yushchenko is more than 6,000 times higher than normal, according to the expert analyzing the samples.

The concentration, about 100,000 units per gram of blood fat, is the second highest ever recorded in human history, said Abraham Brouwer, professor of environmental toxicology at the Free University in Amsterdam, where blood samples taken last weekend in Vienna were sent for analysis.

A normal level of dioxin is between 15 and 45 units. Almost everyone has some level of dioxins because the toxic chemical is widespread in the environment — mainly from its industrial usages — and accumulates in the food chain.

In the case of Yushchenko, Brouwer's team has narrowed the search from more than 400 dioxins to about 29 and is confident they will identify the poison by week's end. That, in turn, could provide clues for the investigation of the alleged poisoning.

"From a (chemical) fingerprint, at least you can deduce what kind of sources might have been involved," Brouwer told The Associated Press. "The labs will ... try to find out whether it matches any of the batches of dioxins that are around, so that maybe you can trace it back to where it was ordered or where it came from."

Experts say Yushchenko, whose face has been pockmarked and disfigured, has probably experienced the worst effects already and should gradually recover, with no impairment to his working ability.

The reformist candidate, who faces Kremlin-backed Viktor Yanukovych in a repeat runoff election on Dec. 26, first fell ill in September.

Supporters of Yushchenko have taken their so-called Orange Revolution on the road, piling into cars and buses Tuesday for a 10-day journey to spread their message beyond the capital, targeting eastern provinces largely hostile to their presidential candidate.

With sirens blaring and flags in the campaign's trademark orange color unfurled, more than 150 opposition supporters left Kiev, hoping to win over voters in areas where support for Yushchenko's opponent has been strong.

"We would like the spirit of civil resistance to reach everyone's heart," said Vasyl Kuderiavets, a 34-year-old businessman from the western city of Lviv. "Everyone wants to be free. But not everyone realizes that."

Compelled by Yushchenko's appeal to abandon street protests that began after the Nov. 21 runoff and take up the election campaign, artists, musicians, businessmen and filmmakers set off on a journey many said was necessary because state-run media had blocked news of the revolt from the rest of this former Soviet republic.

They plan to show videos of the protests from Kiev's Independence Square, to organize rallies — and to leave graffiti on every gray wall they find.

"In some Ukrainian regions, people live as if they were in ghettos, isolated from information on what is actually going on in the country — living totally like in Soviet times," said Vakhtang Kipiani, the anchor of a private television station.

The trip underscored concerns by the Yushchenko campaign over reaching Ukraine's eastern, mainly Russian-speaking parts, which heard little or nothing about the tumultuous weeks of protests that preceded the Supreme Court's ruling.

While a majority of media in Ukraine is privately owned, most are regarded as mouthpieces of politicians or industrial magnates. State-run media, which supported Yanukovych, has largely ignored the rallies.

Participants in the trip plan to visit 14 regions, including Yanukovych's hometown of Donetsk, which only recently canceled a referendum on self-rule planned for early January. The referendum plans had stoked fears the country of 48 million would break up.

"People should know what is really going on, and realize that they are citizens of the free democratic state," said Oksana Batsak, a cable company owner.