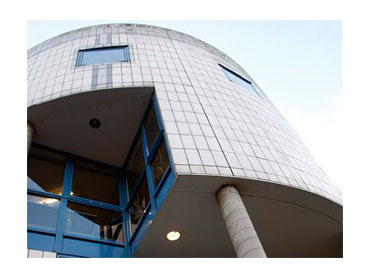 With the help of director Kevin Macdonald, producer Ridley Scott and a few hundred other filmmakers, YouTube is making a movie.

YouTube, owned by Mountain View, Calif.-based Google Inc., is organizing the creation of "Life in a Day," a project that plans to document July 24 with user-submitted videos from around the world.

YouTube is asking people to upload footage of their daily lives. Macdonald ("The Last King of Scotland," "State of Play") serves as director and will edit together a feature-length documentary from the submitted material. Scott ("Gladiator," "Robin Hood") will produce.

"I hope it will be something that will open people's eyes to the possibilities of user-generated film," Macdonald said. "Of course, it's a risk. It could be that I won't get anything interesting back. But I don't think that will be the case. I'm sure there will be some real gems, some real magic, which is what I'm looking for."

The film will premiere at the Sundance Film Festival in January. It will simultaneously be streamed on YouTube for free. Those whose footage makes it into the film will be credited as co-directors, and 20 of them will be flown to Sundance for the premiere.

The project mirrors YouTube's two previous crowd-sourcing efforts to marry its enormous community with professionals. The YouTube Symphony Orchestra gathered classical musicians from YouTube with the help of conductor Michael Tilson Thomas and composer Tan Dun. The recently launched YouTube Play partners with the Guggenheim Museum to create a "biennial of creative video."

"We really feel that YouTube over the past five years has definitely changed the way that content is created and consumed," said YouTube's film and animation manager, Sara Pollack. "Each of these programs continues to deliver against that- empowering regular people who have visions, who have voices, who have opinions, who have talent."

Macdonald says he expects the film to be a kind of time capsule. The filmmaker, whose credits also include the mountain-climbing documentary "Touching the Void," said he's particularly inspired by the 1930s and '40s British documentary filmmaker Humphrey Jennings.

Macdonald made a 2000 documentary about Jennings, who co-founded the Mass Observation movement, which sought to record everyday life by turning several hundred diaries into a book.

"It's not a mainstream film I'm going to make, it's an experimental film," Macdonald said. "I don't think that everybody can write a great novel, and I don't believe that everybody can paint a great picture. But in this instance, people can contribute to what I hope is going to be a great film by giving something of themselves."

Such a global enterprise could be difficult on a number of counts, the least of which might be managing the myriad languages that will be spoken in the videos. Users must be at least 13 years old, and they can be from anywhere except those countries restricted by U.S. export controls.

Contributors will have a week to upload their videos to YouTube, which means some could send videos not shot on July 24. Pollack said they are working under "the honor code."

"For me, the most important thing is that people are intimate," he said. "Honesty is what I want."