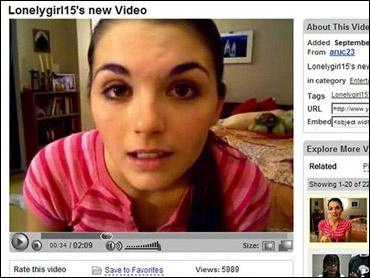 YouTube announced the winners of its first-ever video awards.

Smash is a couple of kids from Sacramento who produce very funny comedic vignettes. They won for a hilarious video about a guy who is stranded on a beach for 53 days. I won't tell you the punch line, but it's funny.

And the YouTube winners were voted on by the fans on the Web site — unlike "American Idol," where it looks like there is a conspiracy to keep untalented people on the show. On YouTube, the best ones did win.

I was especially impressed by a young woman named Terra Naomi — she plays the guitar and sings a song she wrote herself. Very powerful.

She told me she hoped that maybe 1,000 people would see her on YouTube. Instead, her song has had at least 5 million viewings, and she's landed a recording contract.

The Internet shows how flat the world can be, that people with talent or something to say or a point to make will be seen and heard. The walls have come down.