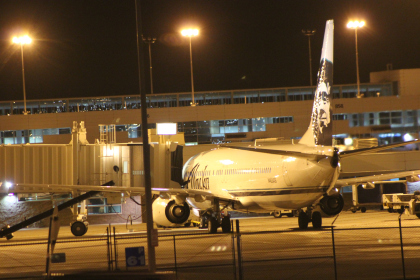 DENVER - A plane bound for San Diego was diverted to Denver after a passenger allegedly became agitated and started yelling threats.

A spokesman for Denver International Airport, Heath Montgomery, says Alaska Airlines Flight 769, which originated in Boston, landed at the airport because of a "possible passenger disturbance." He said the Transportation Security Administration and Denver police responded to the plane and allowed it to continue to San Diego.

Alaska Airlines says the man was intoxicated and disruptive. He was not arrested and the airline said it was a matter of customer service.

A passenger on the flight told CBS Denver: "I was two rows behind the gentleman in question and he was a little belligerent and obnoxious basically, and started to worry a few passengers, so they took the right steps in addressing the situation. Everybody was calm and relaxed and they did a great job with it."