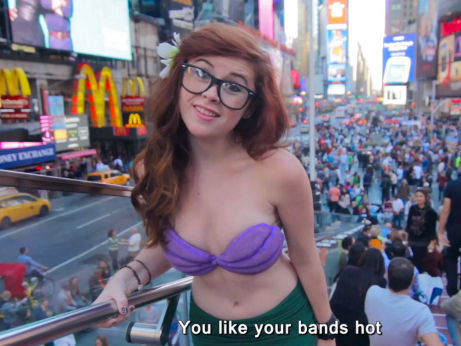 (CBS News) It's said that there's a time to grow up and put away childish things. And while that seems very smart and mature, the Internet tends to have a way of making us all go through something of a form of arrested development. And so on that note, we have two fun parodies for you today involving iconic childhood memories meeting the real world. We kick things off with some Disney princesses living la vida hipster. There will, of course, be music involved.

Snow White, Belle, Cinderella and Ariel reveal their inner Hipsters! They're so unique, that they're all the same!

And just when you thought this post was done, we pull you back in. And while the reference is to the "Godfather 3", this playful parody invokes a more modern gangster series. Check out Sesame Street pay tribute to "Boardwalk Empire" with their video below entitled "Birdwalk Empire".