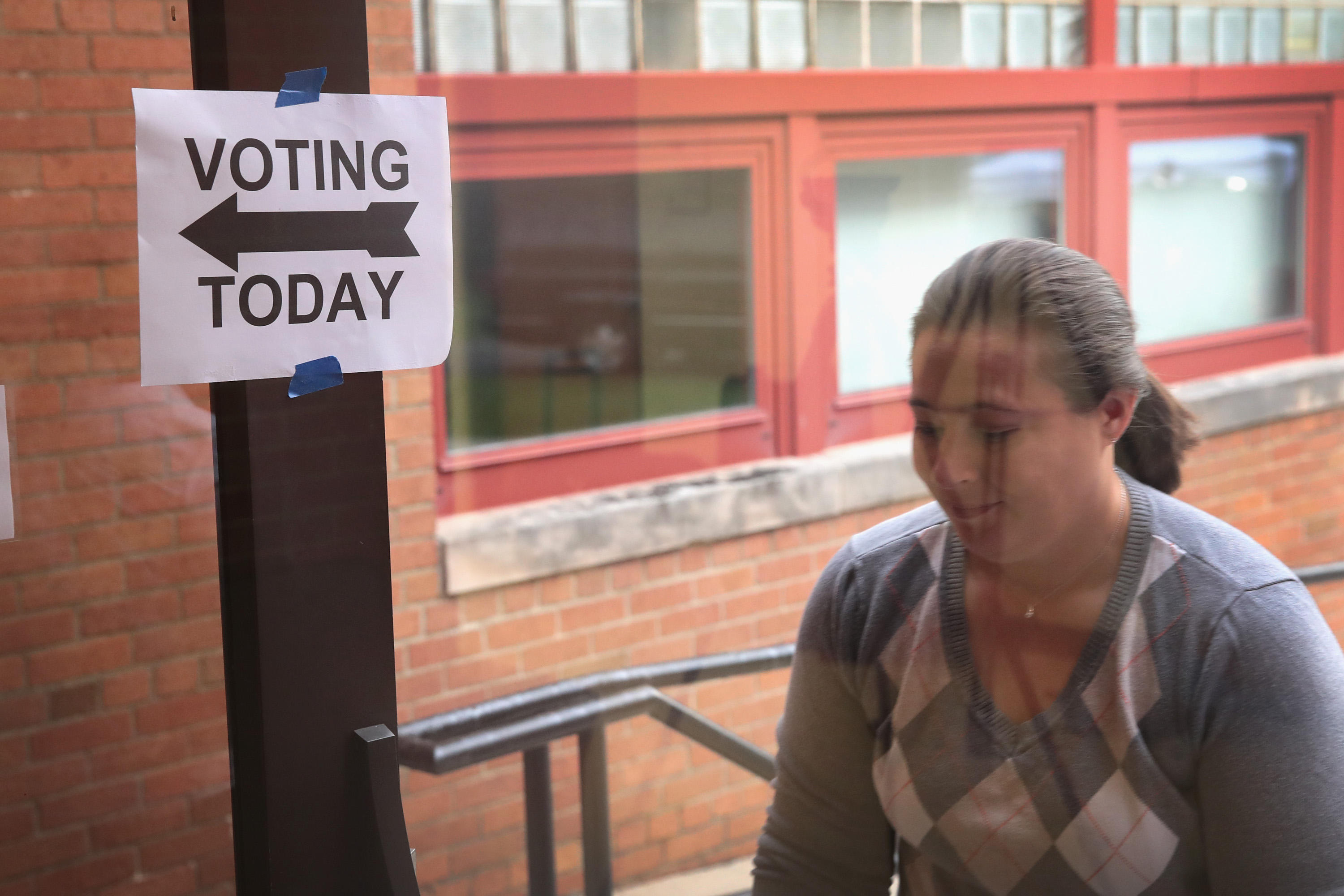 Women ages 18-35, place a high priority on a candidate who shares their culture and values; it's more important to them than party labels. They cite health care as their top issue in the 2018 election, with more calling it very important, compared to other issues. Most say they see health care as a right that people deserve. For these younger women, civil rights and equality and equal pay for women follow health care. Many older women say these issues of equality are very important as well, but they are outranked by issues like the economy and immigration.

Younger women – far more than those over 35 – rely on the internet for news and information, whether through social media sites or traditional websites. Most have some distrust of the news media, though they have even less trust in President Trump when it comes to getting accurate information.

When voting, 50 percent of women 18-35 say having a candidate share their values and culture is a high priority, more than having political experience (37 percent), belonging to your political party (26 percent), being a woman (17 percent), or being a racial minority (16 percent). Having a candidate who shares their culture and values is a high priority for majorities of both Republican and Democratic women.

Women of all ages place a high priority on sharing their culture and values, but women over 35 (40 percent) place a much higher priority on belonging to the same political party than younger women do (26 percent). Millennial women are less likely than older women to identify with a political party.

More young women, primarily Democrats, think it's at least important that a candidate be a woman or a racial minority, compared to older women. Non-white women in this age group in particular think these factors are important.

Most women ages 18-35 (54 percent) say having candidates describe themselves as socialists wouldn't make a difference to them, and those who say it matters are about as likely to see it as a positive (22 percent) as they are a negative (24 percent).

Among younger women, Democrats say they would be more likely to vote for candidates who described themselves as socialists (28 percent) than less likely (18 percent).  Most Republicans (52 percent) would be less likely to back such a candidate.

Younger women overall are less bothered by the socialist label than older women. Women over age 35 are not inclined to vote for a candidate who described himself or herself that way, particularly those ages 65 and over.

Looking to midterms, health care is top issue for women of all ages

About four in 10 women ages 18-35 say national security and taxes are very important issues for them, and that rises to more than six in 10 for women who are older.

About two-thirds of younger women say a candidate must agree with them on the issue of health care, as well as some other key issues like gun policy, immigration, abortion, and the environment. Women overall hold similar views.

Women ages 35 and under who say a candidate must agree with them on these issues are more likely to say they'll vote this fall and somewhat more enthusiastic about doing.

Similar majorities of both supporters and opponents of stricter gun laws say the issue of gun policy is a make or break for them. Likewise, most on both sides of the abortion issue see it as critical in whether a candidate gets their support.

Two-thirds (66 percent) of women ages 18-35 think laws covering the sale of guns should be more strict. Older women hold similar views. Nearly nine in 10 Democrats in this age group (and most independents) want stricter gun laws, but Republicans want gun laws to be either kept as they are now (44 percent) or made less strict (16 percent).

Sixty-two percent of women under 35 think abortion should be legal in all or most cases, and a majority (69 percent) do not want to see Roe v. Wade overturned. More are concerned that access to abortion will become more restricted (45 percent) than less restricted (26 percent).  Older women view abortion similarly.

Republicans differ from younger women overall.  More than half of Republicans think abortion should be illegal in most or all cases, but they are more divided on whether Roe v. Wade should be overturned: 46 percent say it should be, while 54 percent do not.

Younger women don't  trust the news media that much, but they trust Trump even less

Most younger women who are Republican (56 percent) say they trust the president's information to be accurate all or most of the time, while nearly seven in 10 trust the news media only sometimes or almost never. Most Democrats don't trust information provided by the president, but only half say they the media at least most of the time, while half don't.

Most women ages 18-35 say they rely most on the internet for news and information, either through social media like Facebook and Twitter (32 percent) or web sites (23 percent).  Older women are far more likely to rely on television, particularly those ages 65 and over.

of 2,093 U.S. women adults interviewed online between July 26-30, 2018. The ﬁnal sample included an oversample of 842 women aged 18-35. This sample was weighted according to age, race, and education based on the American Community Survey, conducted by the U.S. Bureau of the Census, as well as 2016 Presidential vote.  The margin of for the entire sample is approximately 3.0%. The margin of error for the subsample of women ages 18-35 is approximately 4.2%.