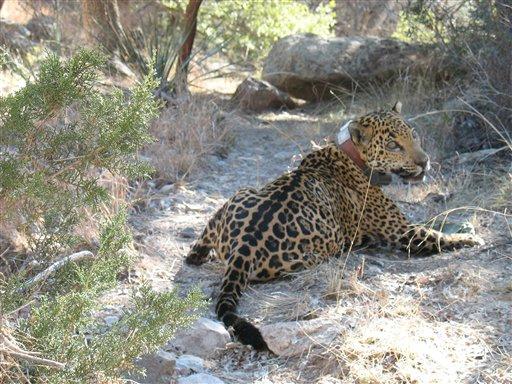 
Vote or die. The words are strewn on t-shirts in cities throughout America. And for young voters, the blunt language exhibits just how significant they view Election 2004.

More than twenty million young voters are expected to turn out on Election Day, an increase of two million since 2000. Those most involved in the youth vote drive expect millions more to cast ballots. Optimism, for them, may be too weak a word.

"We will see a lot more than 20 million. There are more eligible young voters than there were in 2000, so in a sense, 20 million is the safe number," Rock the Vote director Jehmu Green says. "We will definitely go above and beyond 20 million."

If George W. Bush and John Kerry are not listening to young voters, they should. Since Ronald Reagan's reelection in 1984, young voters have backed the candidate who won the popular vote in every election, including Al Gore in 2000.

Between MTV's Rock the Vote, the New Voters Project, Citizen Change and Declare Yourself, at least 2.6 million new voters between the ages of 18 and 29 have been registered – the vast majority via the internet.

The New Voters Project has registered 347,000 youth voters in swing states, including Colorado, Oregon, Iowa, New Mexico, Nevada and Wisconsin. At the University of Iowa, the group is registering 500 students a day.

Green's group, Rock the Vote, has registered the most, nearly 1.5 million; 50,000 on the ground in Wisconsin alone. But a new player, Declare Yourself, is responsible for 1.1 million just since Nov. 2003.

"I think that this is going to be one of the most exciting elections for young people that we've had," says Christy Samalcido, communications director at Declare Yourself. "In the past there has been such an attrition rate between those that register and those that turn up at the polls."

In 2000, only 46 percent of registered 18-to29-year-olds actually voted. That's 26 percent below the figure for those over the age of 30. Turnout by the youngest voting cohort has generally lagged 20 to 25 percent behind older voters.

The exception was 1972, when 58 percent of young voters cast ballots, just 14 points behind those over age 30. Experts insist not since 1972 have young people felt the imperative to vote as they do now.

It took 18-year-olds returning in body bags from Vietnam for the young adults to earn the right to vote, in what became the 26th Amendment.

Another war is on young American minds today. Though young voters are most concerned with jobs, rumors of a draft and worries about their peers serving in Iraq have energized the youth vote in a way unseen since President Nixon handily defeated the antiwar Democrat, Sen. George McGovern.

Rock the Vote has run national advertising arguing that the draft could be reinstated. Under scrutiny from the Republican National Coalition for fear mongering among a crucial aspect of the electorate, Rock the Vote refuses to discontinue the campaign.

"One, we are not interested in the two candidates' blanket denials. It is imperative to run ads on the draft to force candidates to have an open and honest and informed debate on this issue," Green insists. "They can't talk about war 24/7, even in the domestic policy debates, and not talk to the people who are making the sacrifice.

"Young voters may be called to make a sacrifice because we are overextended or if something pops off in Iran or North Korea," she continues. "If you are going to say, 'Absolutely, there is not going to be a draft,' you can't just say that and be done with it. They darn well better address young people."

With most polls showing young voters leaning to Kerry, the Democrat stands to benefit most if the youth vote turns out on Nov. 2 at levels nearing 1972.

Should more than 20 million young voters turn out, and turn out in key states, their weight will be felt. There are about 40 million young voters registered nationwide. In the key battleground states of Ohio, Pennsylvania and Florida, the youngest voters make up a fifth of the electorate.

"Young voters have shown that they swing," Green says, "but Kerry has the advantage, from a nonpartisan standpoint. It's just the reality."

Both presidential campaigns have made efforts to reach young voters. Part of Mr. Bush's platform is to initiate personal Social Security savings accounts, to insure young Americans have, at minimum, a portion of what they will be paying into Social Security.

The Democratic nominee, meanwhile, has suggested Mr. Bush could reinstate the draft if he remains in office, a notion the president has repeatedly denied.

"A lot of the polls I've seen, when you look at the top issue it does tend to be jobs," says MTV's Green, who was registered through Rock the Vote herself in 1992. "But I think there is also an underlying energy and buzz that is happening in this election because of the war and the obvious impact it has on young people.