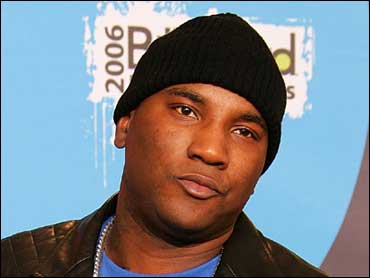 An argument at a suburban Atlanta strip club netted a disorderly conduct charge for Young Jeezy and some friends, authorities said.

The rapper, whose real name is Jay Jenkins, was arrested after the incident at the strip club in Clarkston, Ga., said DeKalb County police spokesman Michael Payne.

"Evidently there was some type of altercation in the club, someone didn't want to leave," Payne said. "It turns out one of the people in the group was Jay Jenkins, or Young Jeezy. Evidently he was there with his sister and some friends."

Payne said off-duty police officers from the nearby community of Pine Lake were handling security at the club and called for backup from the county police.

"There was no physical confrontation. It was all verbal and basically being belligerent," Payne said.

A spokesman for Young Jeezy's distribution company, Corporate Thugz Entertainment, didn't immediately return a call Tuesday asking for comment. The rapper got his start in Macon and Atlanta.

His albums include "Let's Get It: Thug Motivation 101" and "The Inspiration."

Clarkston is about 10 miles northeast of Atlanta.