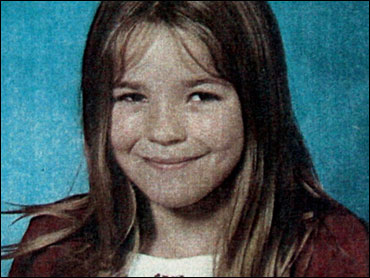 McCleary, Wash. (CBS/AP) It's only a 10-minute walk home from her friend's house - a stroll that she has taken before - but last Friday was different. Ten-year-old Lindsey Baum disappeared that night, somewhere, somehow, in the four block stretch between the two homes.

McCleary is a small town of about 1,500 people, and it is surrounded by woodlands.

Lindsey's mother, Melissa Baum, fears that her daughter, who was set to enter the sixth grade this fall, was abducted.

Her mother says Lindsey argued with her brother on her way to the friend's house, and after talking with the playmate a bit, she started for home as darkness fell.

Baum says her daughter is upset about her recent divorce, but doesn't have money to run away, has ever tried to before, and doubts at this point that Lindsey is trying to hide.

The FBI is now part of the team that is investigating her disappearance.

Searchers on horseback have also helped the effort, complementing efforts by the Washington State Patrol to search for Lindsey by air, with a plane that is equipped with a heat-sensing camera to scan the ground. The video is being fed back to the ground where officials can see the results in real-time.

Cadets from the Civil Air Patrol are also joining the growing search party, and police scoured surveillance videos from the town's businesses looking for any clues. The town was criss-crossed three times, but not a trace of
Lindsey has been found. Even bloodhounds failed to pick up her scent.

Melissa Baum does not think that her daughter would never have gone into a car with someone willingly, even though she fears her daughter is no longer in the area.

Grays Harbor County Undersheriff Rick Scott says several tips have been received, and investigators would like to talk to anyone who may have seen anything suspicious in the town of McCleary during the time Lindsey disappeared.

The girl's father lives in Tennessee, but he has had no recent contact with his daughter. Police have contacted him and believe he's not involved in his daughter's disappearance.