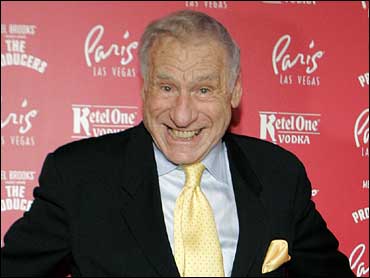 The monster lives on Broadway — finally.

After months of speculation, "Young Frankenstein," the musical based on Mel Brooks' 1974 film comedy, has announced it will open Nov. 8 at the Hilton Theatre. Preview performances begin Oct. 11.

Roger Bart, who portrayed Carmen Ghia in "The Producers," will star as Dr. Frederick Frankenstein, while Shuler Hensley will play the monster, a role created in the movie by Peter Boyle. Also in the cast are Megan Mullally as Elizabeth, Sutton Foster as Inga, Fred Applegate at Kemp and Christopher Fitzgerald as Igor.

The musical, directed and choreographed by Susan Stroman, will play an out-of-town engagement at the Paramount Theatre in Seattle, Aug. 7-Sept. 1.

Brooks wrote the music and lyrics for "Young Frankenstein" and co-wrote the book with Thomas Meehan, his "Producers" co-author. He also is producing the new musical, along with Robert F.X. Sillerman.

Members of the design team for "Young Frankenstein" are all alumni of "The Producers": Robin Wagner, sets; William Ivey Long, costumes; and Peter Kaczorowski, lighting.