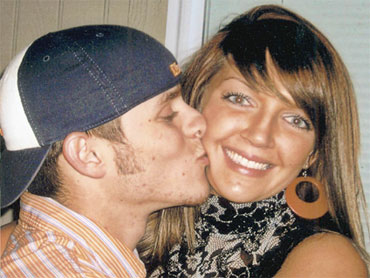 KNOXVILLE, Tenn. (CBS/AP) When Christopher Newsom's bound, shot and burned body was identified, authorities warned his mother the sight would be too gruesome for her, but she insisted she had to go.

More than two years later, the first of four people who could face a death sentence in the carjacking, rape and murder of her 23-year-old son and his 21-year-old girlfriend, Channon Christian, goes to trial on Monday.

Mary Newsom recalled last week what she did in January 2007 when she viewed her son's body.

"I put my arm around the body bag and told him, 'Chris, I will not say goodbye to you because I know someday I will see you again.' That's what I believe. And that's what gets me through. It's been a long 2½ years."

Newsom and Christian had been on a Saturday night date on Jan. 6, 2007, and were leaving a friend's apartment complex around 12:30 a.m. Christian was behind the wheel and Newsom was standing in the open door kissing her when they were jumped at gunpoint in the parking lot, according to police accounts .

They were bound, blindfolded and brought to a rundown rental home in an industrial inner-city neighborhood about six miles away, according to police. Newsom wasn't there long before he was taken away, sexually assaulted, shot in the back of the head, set on fire and left beside some railroad tracks a few blocks away, according to defendants' statements.

Over the next day, Christian was repeatedly raped, bleach was sprayed in her mouth to destroy evidence and, Coleman told investigators, Davidson broke her neck. A medical examiner has testified that she suffocated after she was wrapped in plastic bags and dumped in a closed trash can.
The case has drawn extensive coverage among bloggers who at first accused the national media of ignoring the case because of the racial implications – the defendants are poor and black, the victims, middle class and white.

Judge Richard Baumgartner obtained a sequestered jury from Nashville, about 150 miles away, to reduce chances of bias.

John Gill, special counsel to the district attorney, said he knows the community is aware of the case.

"Now because of the Internet, every story is a national story," he said.

Letalvis "Rome" Cobbins, 26, of Lebanon, Ky., will go on trial first. He is being tried on counts of murder, robbery, rape, kidnapping and theft. Cobbins along with two other defendants has acknowledged that he has some knowledge of the crimes, but that he wasn't responsible.

Cobbins' half-brother, Lemaricus "Slim" Davidson, 28, of Knoxville,is scheduled to be tried next month and was the alleged leader of the group. Police have linked both defendants to the victims through DNA evidence.

Cobbins' attorneys, Kim Parton and Scott Green, did not return calls for comment.

Conservative commentators and Internet bloggers latched onto the case contrasting it to the heavily reported case of white Duke lacrosse players accused of raping a black woman. The charges in that case were later dismissed.

"In no way does the NAACP condone or support anybody — black, white, Chinese, greenies, whatever — that would do what those people did to those children," she said. 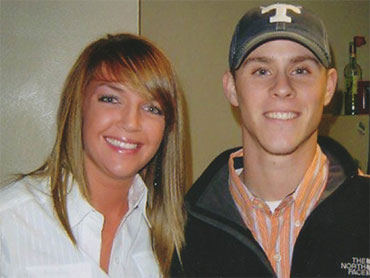 Police, prosecutors and the families say Newsom and Christian were not victims of a hate crime.

The others awaiting trial on murder and related counts are Cobbins' friend George "G" Thomas, 26, and Cobbins' girlfriend, Vanessa Coleman, 21. Another man was sentenced to 18 years in prison for helping hide Davidson.

Christian, a University of Tennessee senior, and Newsom had been dating about two months. Both still lived with their parents.

"I know Chris had fallen pretty hard, and I know she was very happy," said Christian's mother, Deena Christian.

Both moms know just about all the details.

"No, I have no doubts in my mind" the defendants are guilty, Deena Christian said.

"What is my hope? Well, I certainly hope that they are all convicted and all go to the death penalty," Newsom said. "And even that is not enough justice for what they have done."