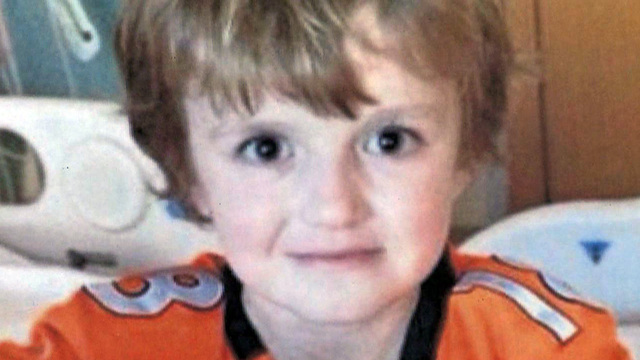 Seven-year-old Josh Hardy has beaten cancer four times in his young life, but a rare virus is threatening his already weakened immune system. His family can't get their hands on the only experimental treatment that might help him because a drug company, Chimerix, won't release it outside of clinical trials, CBS affiliate WTVR in Richmond, Va. reports.

While it's unclear that the drug, brincidofovir, will definitely help, the family and St. Jude Children's Hospital have said it might be the boy's only hope.

"This virus has really done a number on his little body, he's bleeding internally and he's in a lot of pain," his grandmother Mae Staton told the station.

Josh, who's from Fredericksburg, Va., was diagnosed with cancer in his kidneys while he was 9 months old, said Staton, and he's defeated it three more times since.

Last November, doctors found something irregular in his blood and determined he needed a bone marrow transplant due to secondary myelodysplastic syndrome. It's a tough-to-treat disease of the blood and bone marrow that occurs following chemotherapy or radiation that prevents blood stem cells from maturing into healthy cells, according to the Cleveland Clinic.

Josh was in a coma for 16 days after, his grandmother said, and once he came out of it, he developed a gastrointestinal adenovirus, which is a family of viruses that can cause infections ranging from respiratory infections to fever, diarrhea, pink eye, bladder infections and rashes, according to the Centers for Disease Control and Prevention.

People with weakened immune system are at higher risk from getting sick from an adenovirus infection.

According to a March 5 letter from Dr. Victor Santana, associate director for clinical research at St. Jude -- which was posted on the "SaveJosh" Facebook page -- conventional treatments have not fought off the virus, and the boy's life is in danger. He wrote that St. Jude approached the North Carolina-based Chimerix Feb. 12 with a compassionate use application for a drug that may help, brincidofovir, but the request was denied. Afterwards, they tried standard treatment but it lead to kidney failure and Josh needed dialysis.

Santana expressed concern that after having fought childhood cancer for so long, Josh might succumb to the virus which was increasing in his body.

"We respectfully request that given our failed attempts to treat his life-threatening adenoviral infection with the current standard, that you reconsider our request for compassionate use of brincidofovir," he wrote.


Chimerix has maintained it cannot comply with the request for several reasons, including the fact that there are many other sick children who have also filed compassionate use requests.

Company CEO Ken Moch said in a statement emailed to CBS News that the drug is currently being tested in Phase 3 clinical trials to determine its safety and efficacy, and prescribing it outside of clinical trials might derail that process.

"Over the past several years Chimerix has received hundreds of requests for the compassionate use of brincidofovir," he said. "Making an experimental drug, which currently has limited clinical evidence, available outside of controlled clinical trials has the potential to slow or derail our ability make brincidofovir available as soon as possible to the thousands of patients each year who might benefit from it."

He also told CNN that since insurance doesn't cover compassionate use, the company would have to pay $50,000 for a patient to get the drug. Furthermore, it would divert manpower from his 54-person company to obtain all the patients' records to meet Food and Drug Administration requirements. He said if it was just one patient wanting the drug, it would be a different situation, "but it's yes to all or no to all."

Meanwhile, Josh's family is continuing to plead their case.

"Mr. Moch, have a heart, this child needs to live. Release this drug, so that he can have a healthy, happy life," his grandmother said.