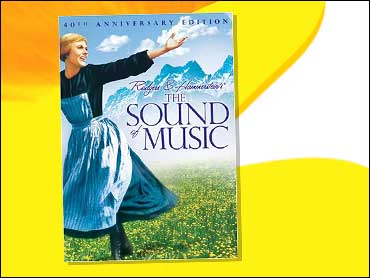 If you've always secretly dreamed of popping on a wimple and warbling along with a bunch of Austrians whilst on the run from the Nazis, then your dream could come true. Because Andrew Lloyd Webber will stage a star studded revival of "The Sound of Music" here in London this winter.

Andrew, or rather Sir Andrew, has always been a man with an eye on the bottom line and on this occasion, helping along with the funding, there's even an "official shampoo" to the show. If this idea takes off, then we're likely to see sponsorship creep in on other hits. The very thought must make theatrical entrepreneurs' eyes glisten with emotion. Guys and Dolls, sponsored by Ken and Barbie perhaps? Or Blood Brothers by your local ER? Les Miserable by Prozac? Seven Brides for Seven Brothers sponsored by Trojans?

But to get back to The Sound Of Music. Although this is a top dollar production, YOU could be the star. My friend, the full voiced and full bosomed English opera star Lesley Garrett will play the Mother Abbess, and Anthony Head who survived seven series of Buffy the Vampire Slayer, will strut as Captain Von Trapp. But who will play Maria?

Well, maybe you? Because Andrew, or rather Sir Andrew, is making the starring role available through a TV audition process and he's obviously been watching American Idol. There will be a national TV series to find a new star, a new Maria, with all the frissons of back stage tensions, back biting and bitchiness, plus presumably the nail biting suspense of eliminations and a tear stained finale with one girl winning out.

The only worry I have is the tradition that's grown up here in the UK of Sing a Long a Sound Of Music, which has the gay community packing a cinema in central London, all dressed up as nuns, many of them with slightly stubbly chins, roaring along with the likes of "The Hills are alive", "Edelweiss" and "How do you solve a problem like Maria".

Given our equal opportunities legislation here, even Sir Andrew might find it tough to exclude Gay performers from this show. The first Maria in drag? What a hoot. I'd buy tickets.
by Simon Bates