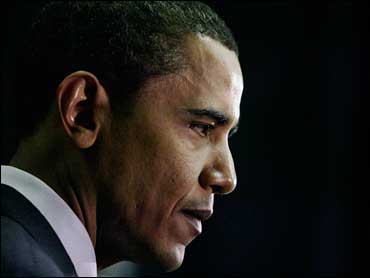 This column was written by Dean Barnett

If you've spoken with someone who has swooned for Barack Obama, chances are you've heard them say the word "judgment" a lot. The Obama campaign's central talking point has devolved into, "You have to vote for Barack Obama because he has such wonderful judgment."

Back in the early days of the campaign, references to Obama's super-human judgment served as a shorthand for the fact that he knew enough not to get us involved in what the left considers the Iraqi quagmire. The Lioness of Tuzla, on the other hand, in spite of her many decades of making change at the highest levels of power, fell for the farrago of Bush administration lies and deceit and supported the Iraq war. Thus, in 2003 when he was but a humble state legislator, Barack Obama showed a moment of wonderful judgment — judgment so superb that even Hillary Clinton couldn't approach it.

I have no problem with the Obama campaign and its supporters using the term "judgment" to remind Democratic voters that Obama is more in line with the Democratic mainstream than his rival. My problem is that Obama supporters seem to have forgotten that "judgment" was just a codeword, and it was never really supposed to serve any other purpose beyond invoking the memory of Hillary Clinton's Iraq war vote.

It became clear to me a few weeks ago just how ludicrous the whole judgment issue has become for the typical Obama supporter. I was exchanging emails with one of Obama's law school classmates who, like all the other Obama classmates that I spoke with, was quite fond of Obama. I asked him if he could send me a written testimonial on Obama. He agreed.

Obama's classmate began his statement by saying that he didn't know Obama very well at all back in law school, but what he did know he liked. Somewhere near the end of the message, he took a detour to make sure he praised Obama's judgment.

In some ways, this was an impressive testament to the way modern campaigns, just by osmosis, can get their supporters to regurgitate the campaigns' talking points. Of course, the praise for Obama's judgment in this context made no sense. I, too, went to law school. And I can't imagine a circumstance where I would come to admire a fellow student's judgment, especially when the fellow student in question was a casual acquaintance. I couldn't see myself saying back in my law school days, "Gosh, the way that 28 year-old outlined those cases before attending Civil Procedure really showed judgment. Presidential judgment!"

When talking about politics and candidates, the term "judgment" doesn't seem to have a proper place. I've known Mitt Romney for 14 years, and served as his occasional driver during his 1994 senate campaign. I'm a tremendous admirer of his. I've seen him show an exemplary temperament, an extraordinary array of skills, and great human kindness. But if someone asked me about his judgment, I wouldn't know what to say. He held the line on taxes in Massachusetts and shined some much needed light on Harvard's cloning plans, but were those things "judgment" or just a politician doing what I considered the right thing? I guess there was one time when I was driving Romney and he told me to hit the toll lane on the left rather than the one on the right; it turned out the one on the left did move faster. While that was a superior judgment call, I wouldn't put it at the top of Romney's résumé.

The beauty of the whole "judgment" thing for the Obama campaign was its sublime squishiness. Beyond its invocation of Hillary Clinton's politically damaging Iraq vote, the whole emphasis on judgment was just a way of saying "Barack Obama is a uniquely wonderful human being" without doing so in a way that required any supporting evidence. Ultimately, "judgment" became the campaign's euphemism of choice for what a spectacular person Barack Obama is.

Over time, his supporters' use of "judgment" morphed into a grander and entirely inappropriate statement about Obama's qualifications for the presidency. The judgment thing was supposed to reassure the electorate that it needn't concern itself with Obama's lack of experience. His extraordinary judgment would compensate. But in truth, Obama's life, like most of ours, has been spotted with moments of bad judgment.

It's a delightful irony that the campaign's choice of the judgment euphemism has made Obama's way out of the Pastor Disaster even more difficult than it otherwise would have been. When John Edwards rebooted his political life for the 2008 campaign, he repeatedly and bluntly said that he made a mistake in voting for the Iraq war. Admitting such an error wasn't a particularly big deal for Edwards. His supporters hadn't made a fetish of his lifetime's worth of purportedly magnificent judgment.

Since day one of the Pastor Disaster, the best way out for Barack Obama would have been to say that while Jeremiah Wright's church did some fine things, Obama blundered in so closely associating himself with a man like Wright. If Obama enjoyed a moment where he so candidly acknowledged his feet of clay, he could have trotted out some similar rhetoric to distance himself from Tony Rezko and explain his strange lapse in - um -- judgment in accepting financial help to buy his home from such a shady figure.

That brings us back to the vagueness inherent in saluting Obama's judgment. In all likelihood, that vagueness is what made the "judgment" meme so powerfully appealing to Team Obama. But with specific incidents of Obama exercising poor judgment surfacing, the matter is no longer so vague.

In a different campaign with different supporters, I would expect all the talk of Obama's brilliant "judgment" to vanish instantly. But we all know that won't happen. Obama supporters have fallen into the politically destructive habit of seeing what they want to see as opposed to what really is.
By Dean Barnett
© 2008, News Corporations, Weekly Standard, All Rights Reserved