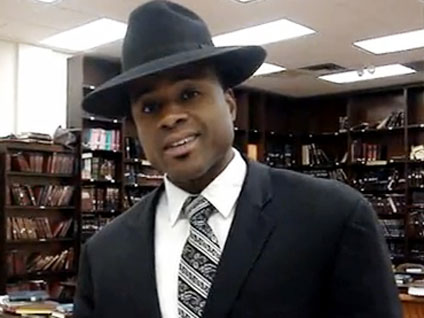 NEW YORK (CBS/WCBS/AP) A robbery in Brooklyn Thursday night led to the death Yoseph Robinson, a man whose life led him on a journey from street criminal, to music executive, to a conversion to Orthodox Judaism.

The former hip-hop record executive who converted to Orthodox Judaism, was shot and killed while trying to stop a gunman from taking a woman's jewelry at a Brooklyn kosher liquor store where he worked.

Police say Robinson was shot in the chest and arm Thursday night at the MB Vineyards liquor store in the Flatbush section of the borough.

Residents say the 34-year-old Jamaican-born man had recently converted to Judaism and enjoyed telling customers about his spiritual journey.

More than 100 people from the Orthodox and Hasidic neighborhood gathered outside the liquor store to pay their respects.