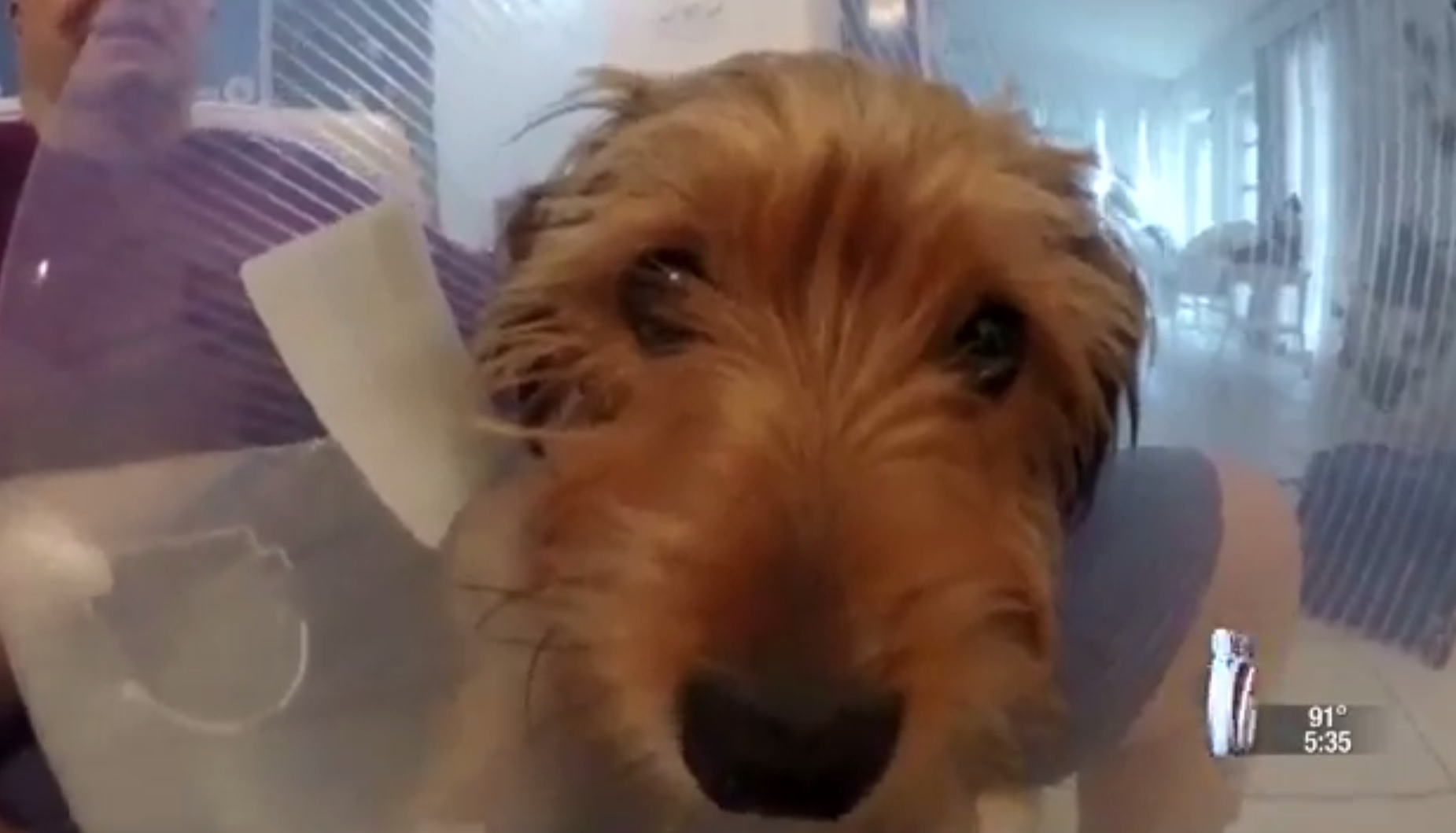 PALM BAY, Fla. -- Detectives in eastern Florida are looking for thieves who broke into a home over the weekend and stabbed a man's Yorkshire Terrier with a pair of scissors, reports CBS affiliate WKMG.

Police in Palm Bay say the suspects broke into John Kilderry's house Saturday night, causing $1,700 in damage and stealing hundreds more in electronics. When Kilderry arrived home from visiting family in Boston, his 2-year-old dog Jasper's blood was smeared throughout the house.

The Yorkie had to undergo surgery after its spleen and intestines were damaged in the stabbing.

"I just can't understand how anybody could be so vicious to stab a friendly, little dog," Kilderry said in an interview with WKMG.

Police have not identified suspects in the case.