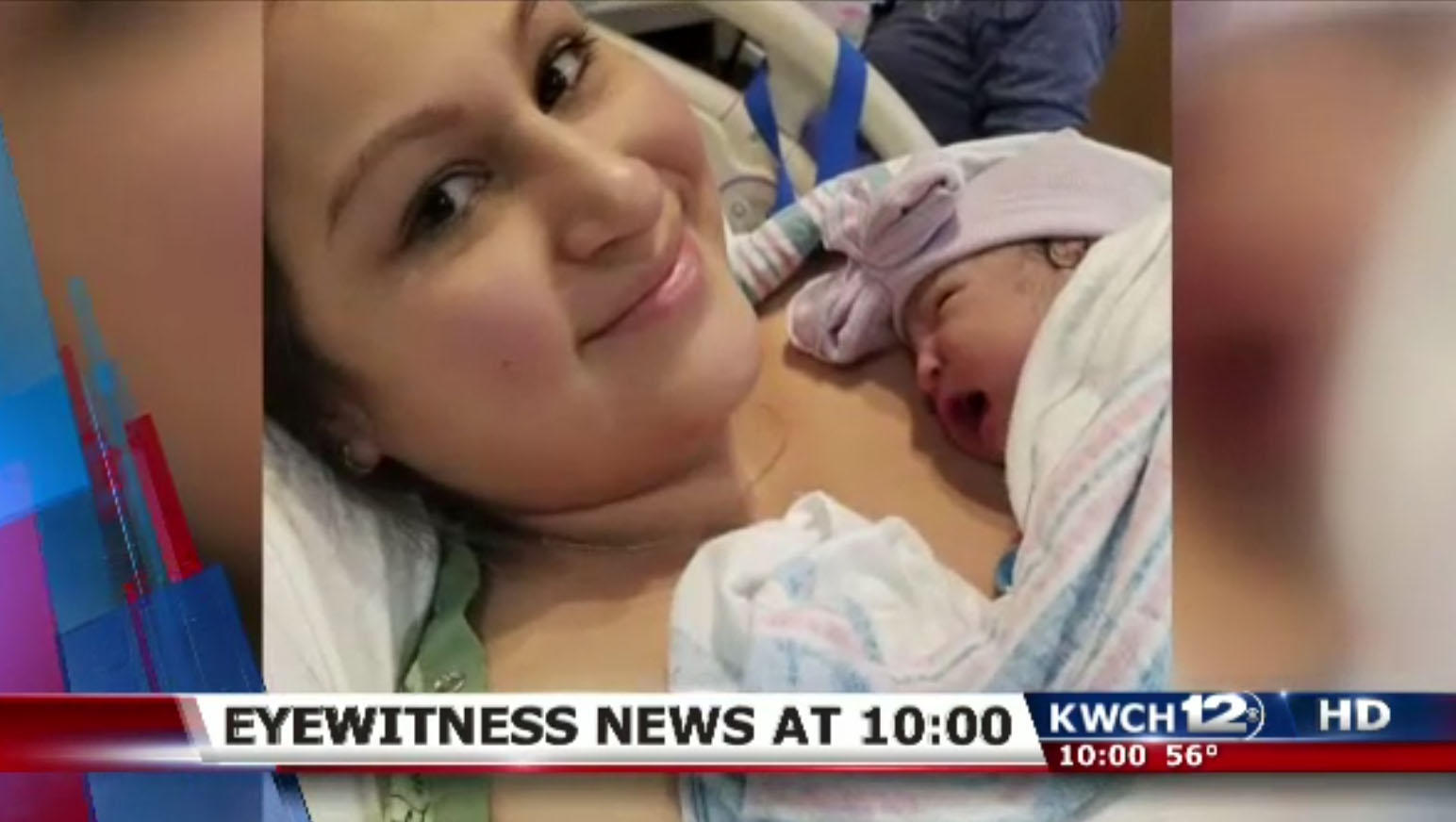 WICHITA, Kan. -- The woman accused of killing a Kansas woman and stealing her baby said in a jailhouse interview that the victim had agreed to give her the child but backed out of the deal at the last moment.

In a television interview in Spanish, Yesenia Sesmas told KUVN-TV of Dallas-Fort Worth that Laura Abarca-Nogueda had agreed to turn over her newborn daughter to her but reneged on the agreement.

In the interview in the Dallas County jail, the 34-year-old Dallas woman admitted that she killed Abarca-Nogueda but said she did not mean to. She said she threatened Abarca-Nogueda with a gun when it discharged accidentally.

Police in Wichita, Kansas, said Sesmas faked being pregnant for months and had been a longtime acquaintance of the 27-year-old mother, who was found dead Thursday at her home in Wichita. Sesmas was jailed in Dallas on a Kansas warrant, with first-degree murder and kidnapping charges pending, and Kansas authorities are seeking her extradition.

The baby was reunited with family members in Kansas on Saturday.

The infant, whose name is Sophia according to police and family members, was six days old when she was reported missing.

Sesmas had known the baby’s mother for years and had spent some time in Wichita before returning to Texas to live several months ago, Wichita police Lt. Todd Ojile said. She traveled to Wichita to kidnap the baby, he said.

The FBI joined in the investigation with 25 agents working on the case, Ojile said.

Late Friday night investigators identified a suspect, leading them to a house in Dallas where the baby was found unharmed after a SWAT team executed a search warrant at 4:30 a.m. Saturday.

The baby was inside the home along with Sesmas. Also living there were Sesmas’ boyfriend along with the suspect’s son and niece.

Police do not believe the others in the home were aware of the woman’s plans, Ojile said.

CBS affiliate KWCH reports Wichita police arrested Sesmas in another kidnapping case in July. Speaking with the station, victim Adriana Portillo said she was pregnant at the time when Sesmas allegedly forced her and her two children into a basement, held them hostage and demanded $10,000 in ransom from her husband.

Portillo told the station Sesmas brought a knife, a baseball bat and duct tape to the basement and told her to tape her children’s hands. She said the woman seemed “fascinated” with her pregnancy, Portillo said.

“I was battling her, fighting with her because she wanted to get one of the girls,” Portillo told the station.

The family was reportedly able to escape when police arrived.