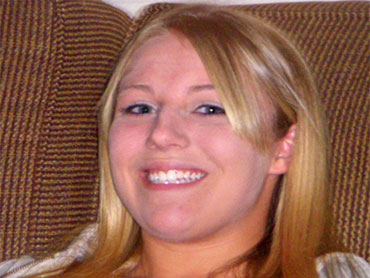 California Gov. Arnold Schwarzenegger was cheered at every stop during a whirlwind tour of Israel, as members of Israel's ruling party overwhelmingly rejected a plan to unilaterally pull out of the Gaza Strip.

The polls, conducted by Israel's three main television stations, gave opponents of the plan a lead of between 12 and 18 percentage points.

The loss will likely produce a major political crisis, including a possible Cabinet reshuffle, a split in the hard-line party or even early elections, reports CBS News Correspondent Robert Berger.

Sharon remains determined to carry out the withdrawal, regardless of the outcome, people close to the prime minister said. Other officials hinted that Sharon might seek a nationwide referendum on his plan - a vote he would likely win.

Schwarzenegger paid tribute Sunday to the millions of Jews killed in the Holocaust and helped dedicate a planned museum of tolerance.

Schwarzenegger's speech came just minutes after Palestinian gunmen ambushed and killed a pregnant Jewish settler and her four young daughters as they were driving from the Gaza Strip into Israel. Two Palestinian militant groups claimed responsibility for the attack, saying it was retaliation for Israel's recent assassinations of two top Hamas leaders.

In an emotional speech at the museum site, Schwarzenegger said that in a world of violence and suicide attacks, the museum would stand as a "candle to guide us."

"The world should know we are not building a bunker. We're building something that breathes with life, just as God breathed life into us," Schwarzenegger said. "We look past the suicide bombers, the terrorists, past the blood. ... We look ahead to the time people can live side by side."

Schwarzenegger, wearing a yarmulke, later laid a wreath at the Yad Vashem Holocaust Memorial, a ceremony in which he also rekindled the memorial's symbolic eternal flame.

The governor bowed his head and stood in silence for several minutes in the vault-like chamber, which has the ashes of Holocaust victims buried beneath its marble floor.

Though Schwarzenegger's father was a member of the Nazi party, the actor-turned-politician has always sought to distance himself from that part of his Austrian background.

Israelis, many of whom feel isolated after 3 1/2 years of violence with the Palestinians, were thrilled with Schwarzenegger's visit.

Many wore Schwarzenegger T-shirts and some shirtless men scrawled "We Love Arnold" on their chests.

"We've got a lot of stars in Hollywood, but nobody measures up to that," said Jonathan Stern, a sergeant in the Israeli army, who took leave to catch a glimpse of the movie star-turned politician. "People love him. He's the best. The Terminator."

The governor did encounter a couple of hecklers at the museum event, who were protesting Israel's occupation of the West Bank and Gaza.

"Hey Schwarzenegger, there's no tolerance in occupation," one of them shouted.

Responding to criticism from Arab-Americans back home that he was not spending time with Palestinians on this trip, the governor said he planned to stop in Jordan on Monday and have lunch with King Abdullah II, a personal friend who has visited the governor at his home in Los Angeles.

"You always will find criticism no matter what you do," Schwarzenegger said of the complaints.

The tolerance museum, scheduled to open in 2007, is being built by the Los Angeles-based Simon Wiesenthal Center, a human rights advocacy group to which Schwarzenegger has contributed US$1 million over the years. It will be a sister museum to the Wiesenthal Center's Southern California Museum of Tolerance.

During the groundbreaking ceremony, Schwarzenegger recalled his home country of Austria, where "intolerance and ignorance led to atrocities and heartaches."

"I want to do whatever I can to promote tolerance around the world," he said.

Speakers at the ceremony praised Schwarzenegger and his advocacy on behalf of tolerance and Israel.

Vice Premier Ehud Olmert called him "a great friend of the Jewish people."

The governor got one of his loudest cheers when he ended his speech with the Hebrew saying, "Am Yisrael chai" — the nation of Israel lives — gave the crowd a thumbs up sign, and added his signature movie line, "I'll be back."

The governor has also met with Israeli business leaders. On Saturday he announced five agreements with Israeli companies to expand or create business in California.

After his stop in Jordan, Schwarzenegger plans to travel to Germany to visit U.S. soldiers wounded in Iraq.