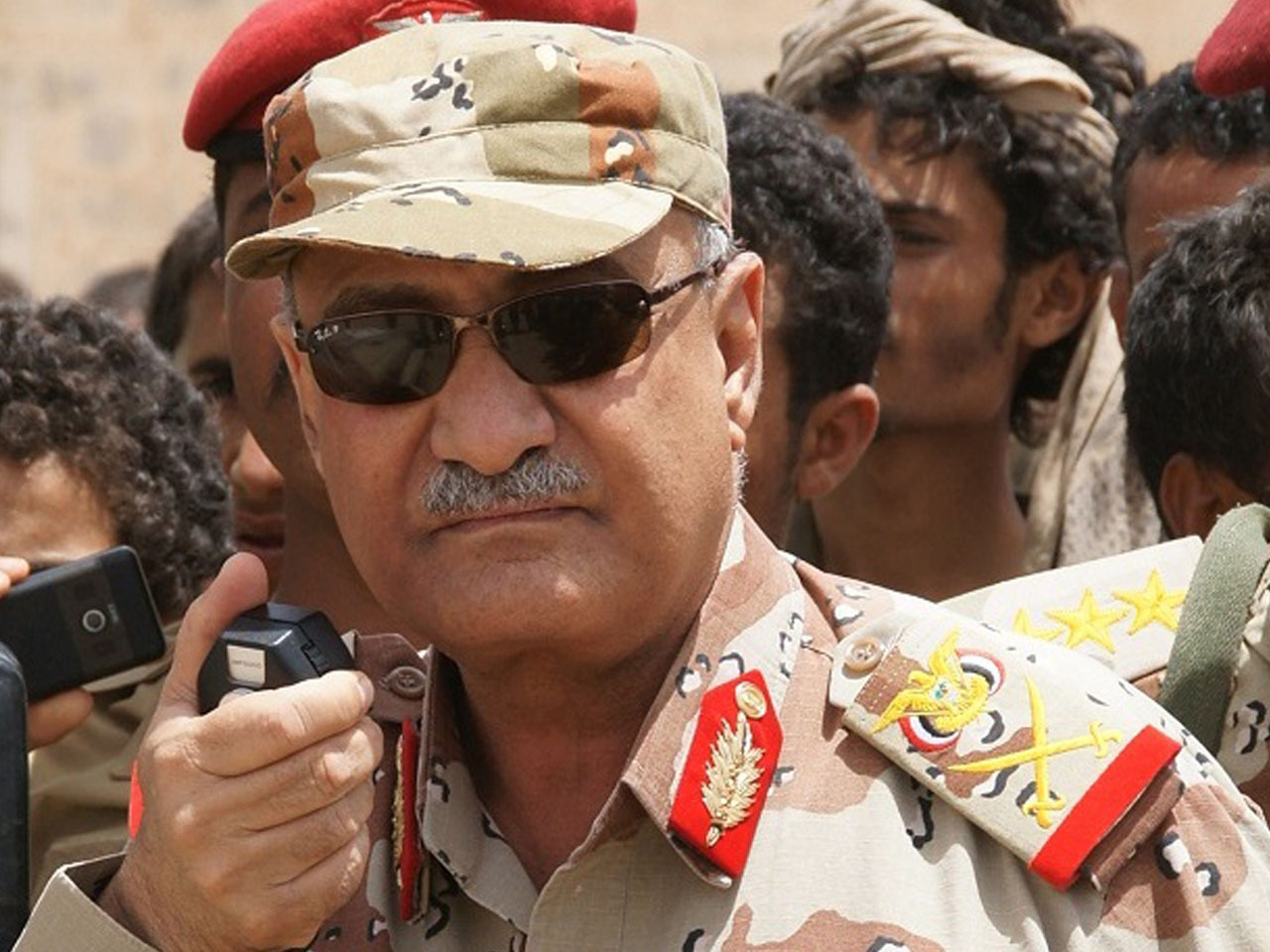 The security officials say the blast hit the minister's convoy Tuesday as he was traveling through the capital to attend a Cabinet meeting.

The say the minister, Maj. Gen. Mohammed Nasser Ahmed, was unhurt but that eight of his security guards were killed. The other five dead were civilian bystanders.

No one claimed responsibility for Tuesday's attack, but it bore the hallmarks of the al Qaeda and came a day after Yemeni authorities announced the death of al Qaeda in Yemen's No. 2 leader in an apparent U.S. air strike.

The officials spoke on condition of anonymity because they were not authorized to brief the media.

The airstrike killed al Qaeda's No. 2 leader, Saeed al-Shihiri, along with six others travelling with him in a car on Monday, U.S. and Yemeni officials said, a major breakthrough for U.S.-backed efforts to cripple the group in the impoverished Arab nation.

Al-Shihri, a Saudi national who fought in Afghanistan and spent six years in the U.S. military prison at Guantanamo Bay, was killed by a missile after leaving a house in the southern province of Hadramawt, according to Yemeni military officials. They said the missile was believed to have been fired by a U.S.-operated, unmanned drone aircraft.

Two senior U.S. officials confirmed al-Shihri's death but could not confirm any U.S. involvement in the airstrike. The U.S. doesn't usually comment on such attacks although it has used drones in the past to go after al Qaeda members in Yemen, which is considered a crucial battleground with the terror network.