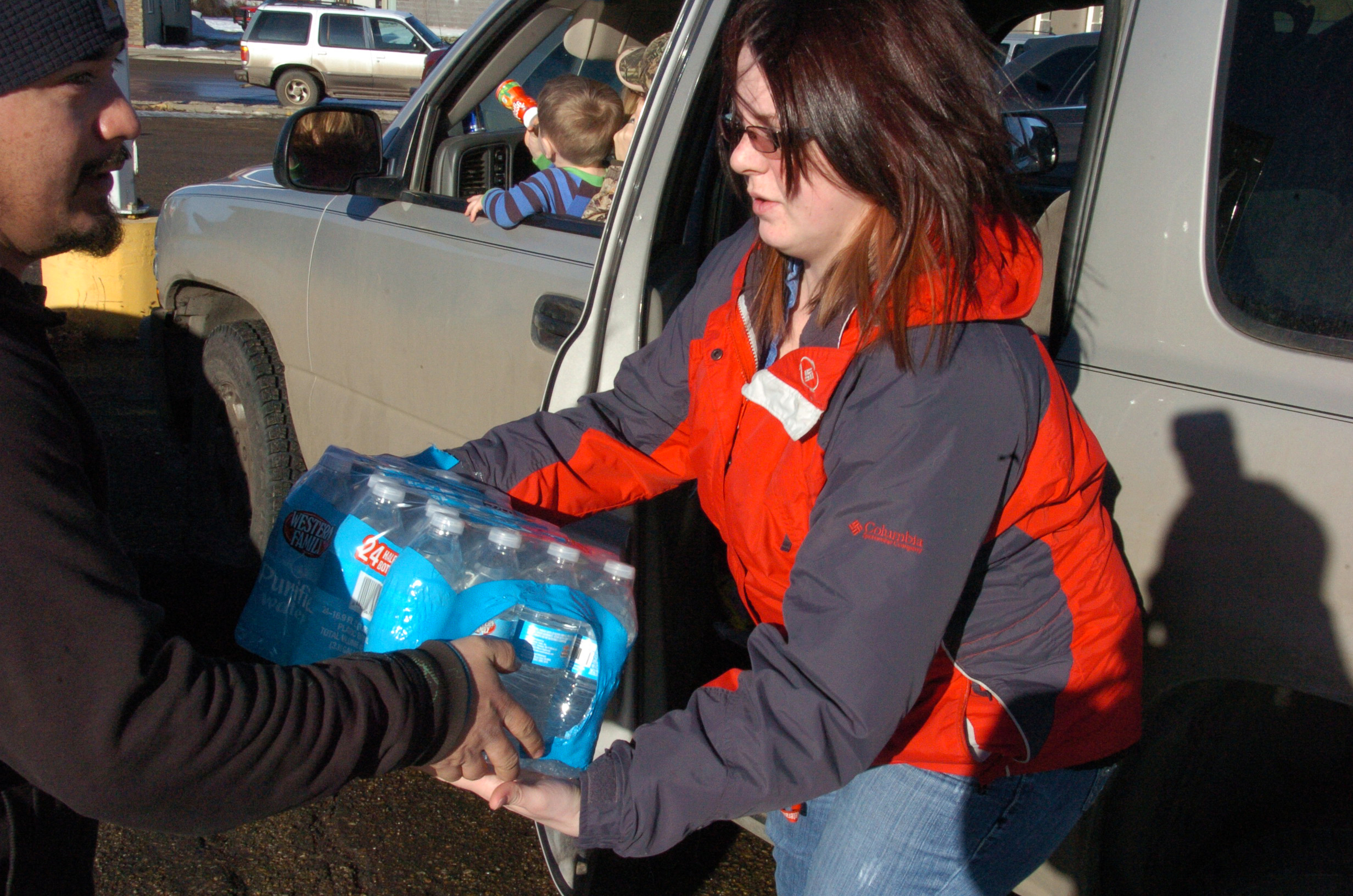 Up to 50,000 gallons of crude oil was released Saturday, and elevated levels of benzene were found Monday in samples from the water treatment plant serving the agricultural community of Glendive near the North Dakota border.

That's when residents were warned not to drink or cook with water from their taps. People lined up to receive bottled water at a distribution center Tuesday as officials took initial steps to cleanse the plant by adding more activated carbon - a type of charcoal. Each person is allowed one gallon of water per day, reports CBS affiliate KBZK-TV.

If that approach does not work, officials plan to add equipment that would pre-treat water coming into the facility.

Officials hoped to flush out any remaining contamination and get the plant operating by Thursday, Montana Department of Environmental Quality Director Tom Livers said.

The federal Centers for Disease Control and Prevention said the levels of cancer-causing benzene were above those recommended for long-term consumption, but they did not pose a short-term health hazard.

Some criticized the timing of Monday's water advisory, which came more than two days after oil spilled from the 12-inch Poplar pipeline owned by Wyoming-based Bridger Pipeline Co. The spill occurred about 5 miles upstream from the city.

Adding to the frustrations was uncertainty over how long the water warning would last. Also, company and government officials have struggled to come up with an effective way to recover the crude, most of which appears to be trapped beneath the ice-covered Yellowstone River.

A mechanical inspection of the damaged line Tuesday revealed the breach occurred directly beneath the river, about 50 feet from the south shore, Bridger Pipeline spokesman Bill Salvin said.

It was unclear what caused the break.

By Tuesday, oil sheens were reported as far away as Williston, North Dakota, below the Yellowstone's confluence with the Missouri River, officials said.

"It's scary," said 79-year-old Glendive resident Mickey Martini, who first noticed a smell similar to diesel fuel coming from her tap water Monday night. "I don't know how they're going to take care of this."

Representatives from the state and the U.S. Environmental Protection Agency earlier said preliminary monitoring of the city's water showed no cause for concern. The water treatment plant operated until Sunday afternoon, more than 24 hours after Bridger Pipeline discovered the spill, officials said.

Additional tests were conducted early Monday after residents began complaining of the petroleum- or diesel-like smell from their tap water. That's when the high benzene levels were found.

Peronard acknowledged problems in how officials addressed the city's water supply, including not having the right testing equipment on hand to pick up contamination. But Peronard and others involved in the spill response said officials acted based on the best information available.

"Emergencies don't work in a streamlined fashion," said Bob Habeck with the Montana Department of Environmental Quality. "It's a process of discovery and response."

Several residents interviewed by The Associated Press said they first heard about the water problems through friends and social media sites, not the official advisory.

"They could have been more on top of it," Whitney Schipman said as she picked up several cases of bottled water for her extended family from a water distribution center. "As soon as there was a spill, they should have told everybody."