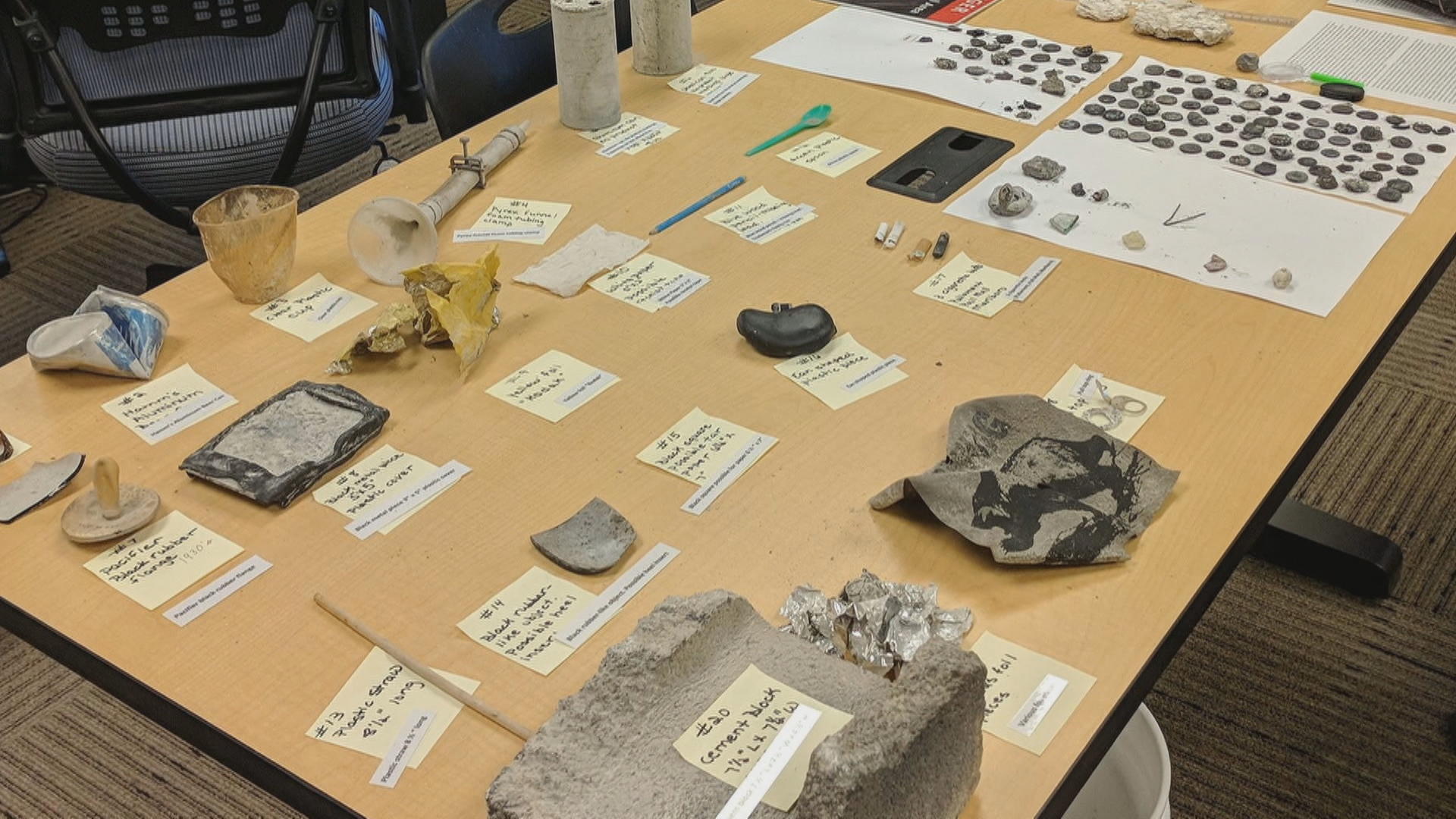 When Yellowstone's Ear Spring started erupting last month, it was a sight that hadn't been seen for decades. It's a natural wonder, but what it spewed out was anything but.

After the hot spring, dormant since 1957, belched water up to 30 feet in the air, park officials found piles of man-made debris, including a cement block, cans, dozens of coins and a baby's pacifier, dating back to the 1930s.

"The water had just washed out under the boardwalk and had strewn trash all around," said Rebecca Roland, a Yellowstone National Park supervisory park ranger.

The trash is being cataloged and could become part of Yellowstone's archives as a reminder to the millions of visitors to not use the park's natural wonders as a dumping ground.

"You might think that if you toss something in a hot spring or in a geyser that it disappears, but it doesn't disappear. It stays in that and what normally happens is you can actually plug up a feature and kill the feature. And that's happened in many places in the park," Roland said.

It's been quite a few months of activity in Yellowstone National Park where Steamboat Geyser – the world's tallest – is approaching a record number of eruptions this year.

U.S. fighter in Ukraine glad to see friends alive, even in Russian hands