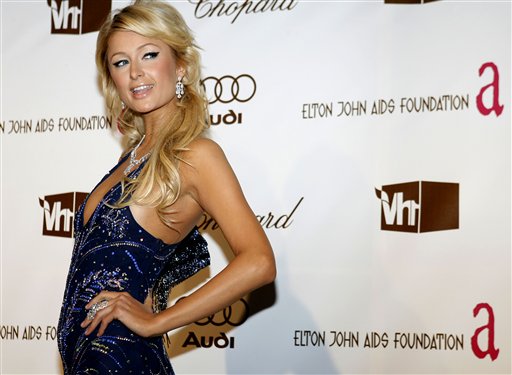 Joe Hamilton had the national stage to himself Thursday night. All those Heisman Trophy voters had to be impressed.

Working against a defense that had allowed only 10 points in the three games, Hamilton threw for 387 yards and three touchdowns, ran for a 41-yard score and guided No. 9 Georgia Tech to a 49-31 victory over Maryland.

Hamilton, the nation's top-rated passer, threw his first two interceptions of the season but more than compensated with touchdown passes of 80 and 29 yards to Dez White and a 30-yarder to Kerry Watkins.

"We have a mentality that every time we touch the ball, we're going to get it into the end zone," said Hamilton, who has completed 71 percent of his passes for 1,074 yards and 10 TDs. "Whatever approach I can take

Against Maryland, the senior quarterback completed 19 of 31 and also rushed 13 times for 87 yards, finishing with 474 yards. That shattered the school total offense mark of 412 yards set by Darrell Gast in 1987.

White, a junio, had the second 200-yard receiving game of his career, finishing with five catches for 215 yards.

"I was really disappointed we gave up so many explosive plays," Vanderlinden said. "They're awfully good. We're a little stung right now, but we'll get it back."

Carrying around right end, the diminutive quarterback got a good block from receiver Kelly Campbell and sidestepped another defender to reach the end zone with 5:37 remaining in the third quarter, stretching Tech's lead to 35-24.

"It was sort of a track meet for a while," Tech coach George O'Leary said, "but we made some big plays. Dez White and Joe Hamilton made some nice combinations out there."

Phillip Rogers added a couple of 1-yard scoring runs to seal the victory.

Lamont Jordan, who was questionable because of a sore knee, carried a career-high 27 times for 79 yards, scoring twice, and also threw a 60-yard touchdown pass to Jermaine Arrington.

Sean Gregory gave the Yellow Jackets a quick lead, breaking free off left guard for a 48-yard touchdown just 4 1/2 minutes into the game. Maryland evened the score on Jordan's first TD, a 1-yard run that was set up by Guilian Gary's 84-yard kickoff return.

On Tech's next play from scrimmage, White hauled in a pass over the middle running toward the right sideline, spun completely around to get away from cornerback Renard Cox and took off toward the left corner of the end zone.

After Cox took a futile swipe at White's legs, the receiver put on one more move to avoid Lewis Sanders, stopping short of the goal line to allow Sanders to fly out of bounds.

"He's special," Hamilton said, referring to White. "He can stretch the defense on any given play and is a threat to score any time he touches the ball."

Maryland was resilient, taking advantage of three Tech turnovers to lead 17-14 with less than two minutes remaining in the first half. Unfortunately for the Terps, that was enough time for Hamilton to throw two TD passes.

The first was the 29-yarder to White, who made a great over-the-shoulder, fingertip catch in the right corner of the end zone with 1:21 remaining.

After Maryland went three-and-out and Tech preserved the clock by calling its last two timeouts, Shawn Starner shanked a 8-yard punt to give the ball back to Hamilton at the Terps 30.

After one incompletion, Hamilton hooked up with Watkins on a backbreaking TD with just 18 seconds remaining. Instead of leading, the Terps went to the locker room down 28-17.

Georgia Tech finished with 587 yards against a defense that was allowing only 241 per game.

"That's a lot of yards," Sanders said, "but we knew they were a good football team."

Maryland piled up 399 yards against the leaky Yellow Jackets defense, prompting O'Leary to visibly chastise his players on the field during a timeout.

"We made some bad mistakes on defense on big plays that should have been covered," the coach said. "It's a great win considering some of the mistakes we made."