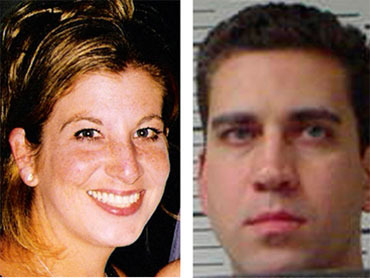 CLEVELAND (CBS/AP) Yazeed Essa stood silently as a Cayahoga County Judge sentenced him to life in prison for murdering his wife, Rosemarie, by spiking her calcium supplements with cyanide.

Essa, who did not testify during the trial, again refused to say anything when judge Deena Calabrese asked him for comment before the sentence was handed down.

But Rosemarie's family had plenty to say, staring down the man who they say took their loving mother, daughter and sister away from them to be with his mistress, some demanding that he take responsibility for the killing.

"Are you a man?" asked the victim's brother, Dominic DiPuccio. "It's your last chance to save your soul, right here, right now."

Essa was convicted last week of lacing his wife's calcium supplement with cyanide in 2005. Rosemarie Essa collapsed while driving and crashed her car into another vehicle near the couple's suburban Cleveland home.

The only time Essa showed any emotion during the sentencing was when Rosemarie's brother read from a statement drafted on behalf of the couple's 7- and 9-year-old children.

"We hold our mommy close to our hearts at night," read DiPuccio as family members who packed the courtroom clutched each other and cried.

It said the children miss their mother, especially on holidays and special family events. "She is nowhere to be found except in our hearts," the statement read.

Remains of Colorado mom found 4 years after she went missing
Thanks for reading CBS NEWS.
Create your free account or log in
for more features.
View CBS News In
CBS News App Open
Chrome Safari Continue
Be the first to know
Get browser notifications for breaking news, live events, and exclusive reporting.