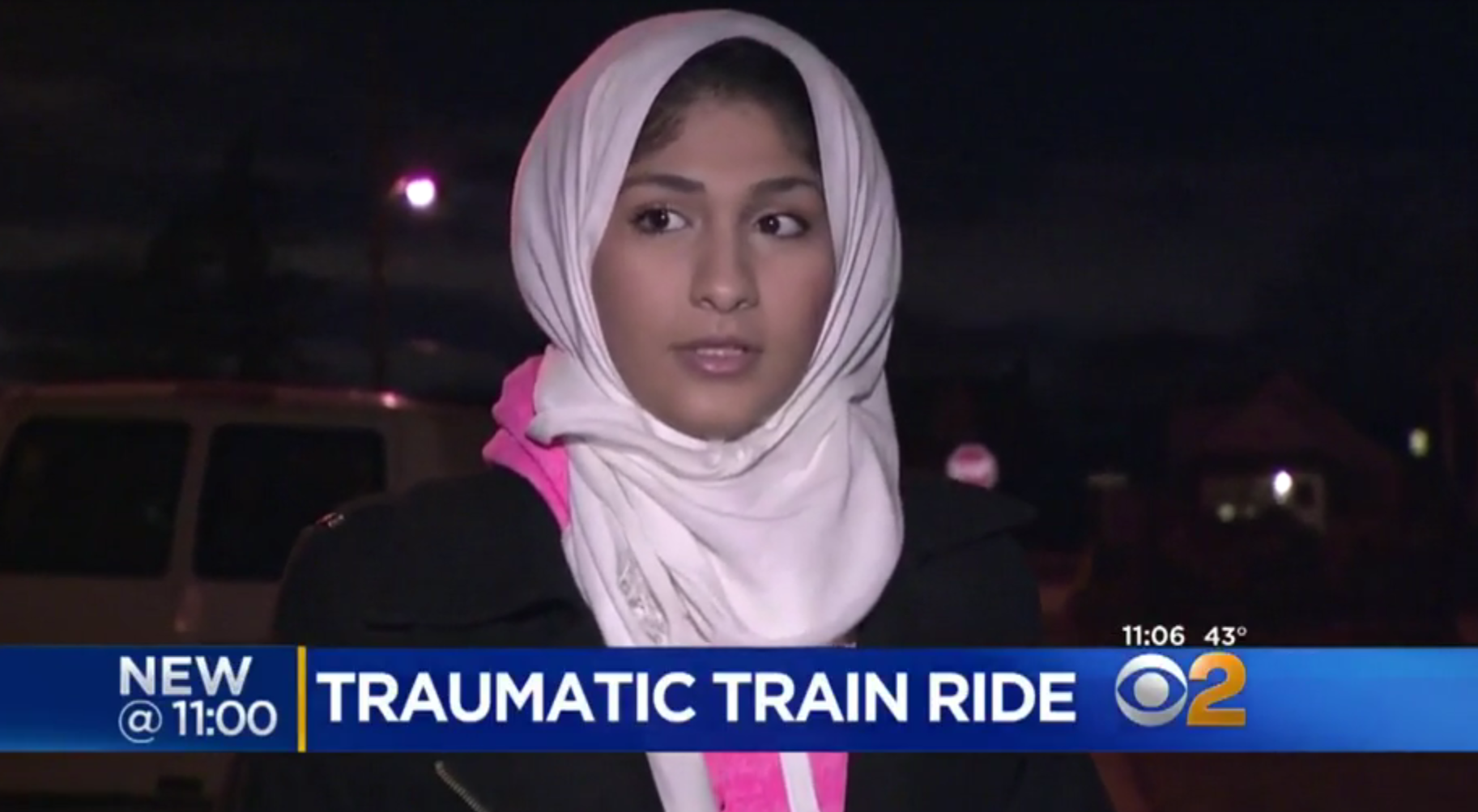 NEW HYDE PARK, N.Y. --  A Muslim teen who said she was verbally attacked by three drunk men on the subway last week has been reported missing, CBS New York reports.

She was wearing a black jacket, blue sweater, black yoga pants, and black head scarf and carrying a bag of clothing.

Last Thursday, Seweid told CBS New York that she was on the 6 train heading home from a school event when she was verbally attacked by the men, who she said made references to President-elect Donald Trump and called her an “f-ing terrorist.”

Seweid was described as 5 feet 9 inches tall and 150 pounds.