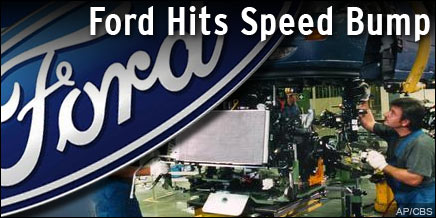 Ramiro Mendoza was troubled more by Real Quiet and Victory Gallop than by "El Duque."

Mendoza, in jeopardy of losing his spot in the starting rotation to Orlando "El Duque" Hernandez, allowed only three hits in 7 1-3 innings on Saturday as the New York Yankees defeated Florida 4-2, the Marlins' 10th straight loss.

"I have nothing against `El Duque'," said Mendoza, who was warming up in the sixth inning when the game was halted while the Belmont Stakes was shown in its entirety on the center-field scoreboard.

"It really distracted me a little bit because I was already warmed up and I had to wait about three minutes," Mendoza said through an interpreter.

"That's the reason I told (catcher Jorge) Posada to go back there so I could throw a few more balls. I broke my rhythm a little bit because I was pitching fast. It bothered me."

Mendoza's spot in the rotation appears secure at least for the time being since David Wells will not make his scheduled start Sunday due to a twinge in his left shoulder.

"He's not being removed," Yankees manager Joe Torre said of Mendoza's place in the rotation. But Torre then announced that right-hander David Cone will pitch in Wells' spot with Hernandez taking Cone's place temporarily.

Marlins manager Jim Leyland was pleased with the performance of his starter, Jesus Sanchez (3-2).

"He hung right in there," Leyland said. "He got some good hitters out when he could have gotten blown out of the water."

Florida is within one game of matching its club record of 11 straight losses set earlier this season. Leyland, however, insisted that he was pleased with his team's effort.

"Everywhere we go, we're pretty much a negative story but I'm proud of them. They are playing their hearts out," he said.

Bernie Williams' eighth homer, a three-run shot, completed the Yankees' four-run fourth that gave Mendoza and the Yankees bullpen all the runs needed.

Williams, who didn't homer until May 12, has now hit eight in his last 25 games. His shot in the third gave the Yankees a 4-0 lead.

Paul O'Neill extended his hitting streak to 14 games for the Yankees, who improved to 24-5 at home.

Mendoza took a two-hitter into the eighth before Ryan Jackson led off with a single and Gregg Zaun walked with one out. Graeme Lloyd relieved and gave up an RBI double to pinch-hitter Dave Berg.

Lloyd then struck out Dunwoody and Jeff Nelson came on and retired Edgar Renteria on a comebacker. Mariano Rivera pitched the ninth for his 12th save.

Sanchez (3-2) allowed three hits and two walks in the first two innings, but the Yankees didn't score until the first four batters in the third inning all hit safely.

Notes: Bob Baffert, trainer for Real Quiet, who lost the Triple Crown by a nose, visited with both managers on the field before Friday night's game. ... Williams has 16 hits in his last 33 at-bats. ... Florida is now 12-5 in interleague play. ... Sanchez's loss was his first as a starter.